Tioman Island is still one of Mother Nature’s best-kept secrets.

Pristine sandy beaches, turquoise waters wash up on a seemingly endless procession of crescent bays, awe-inspiring marine life and mystical rainforest — which, according to legend, were formed by a dragon princess who, flying from China to visit her prince in Singapore, stopped to rest in the beautiful waters.

One of the efforts to keep Tioman pristine is the Berjaya Live and Care Excursion, a nature conservation project which involves Berjaya Hotels & Resorts, Malaysian Nature Society (MNS) and the Turtle Conservation Society of Malaysia. 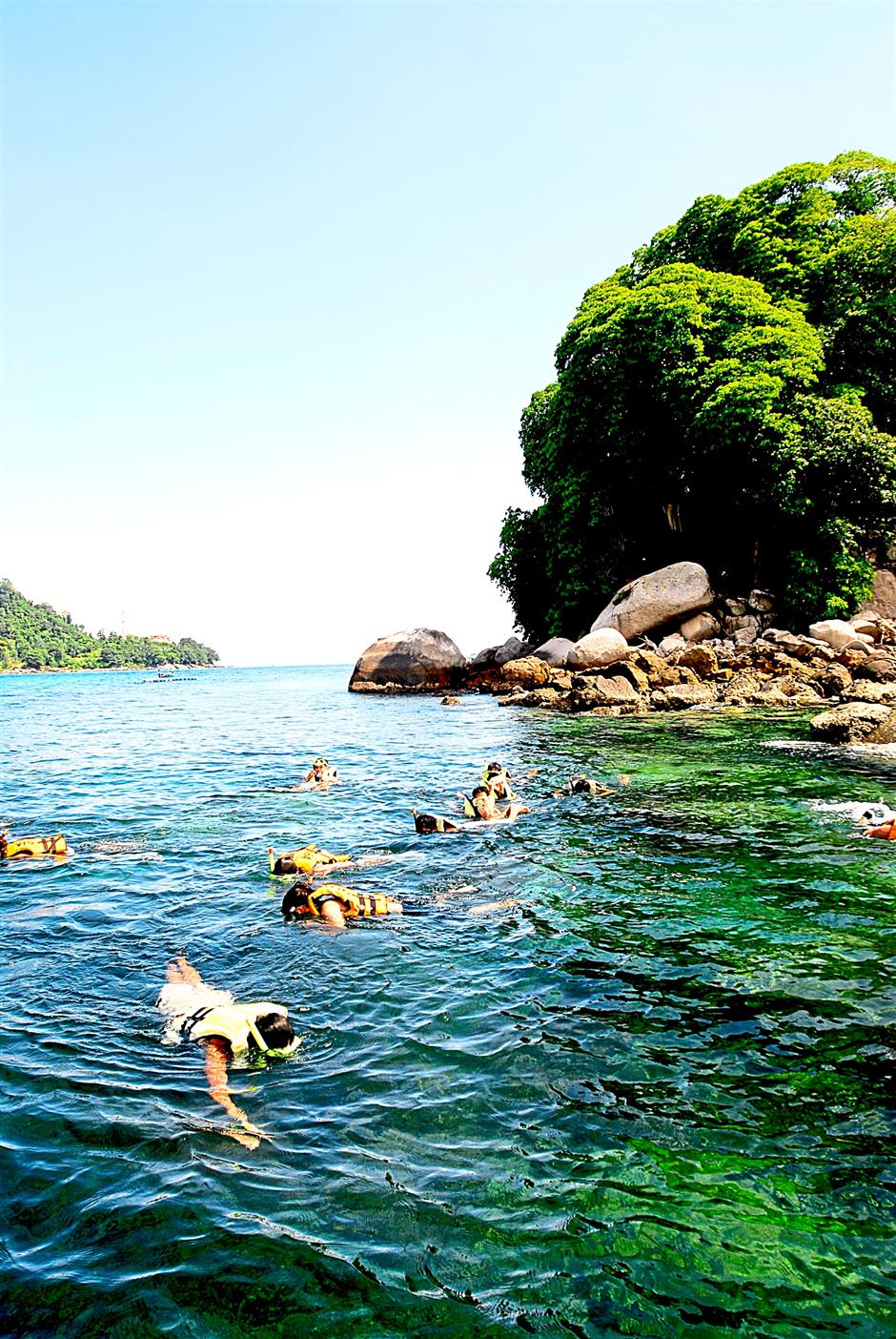 Snorkelling in the pristine waters of Tioman is a thrilling experience.

Already in its third instalment, the Berjaya Live and Care Excursion is aimed at promoting a better understanding of the unique bio marine diversity of Tioman, and how protecting them amid the booming tourism industry on the island is crucial to the eco-system.

“It is our corporate social responsibility project and a way of giving back to the community that we are operating our business in,” said Berjaya Hotels & Resorts corporate marketing & communications director Abel Nelsen Nang.

“Besides running a profitable business, there are other things we have to pay attention to.

“One of them is saving the environment.” 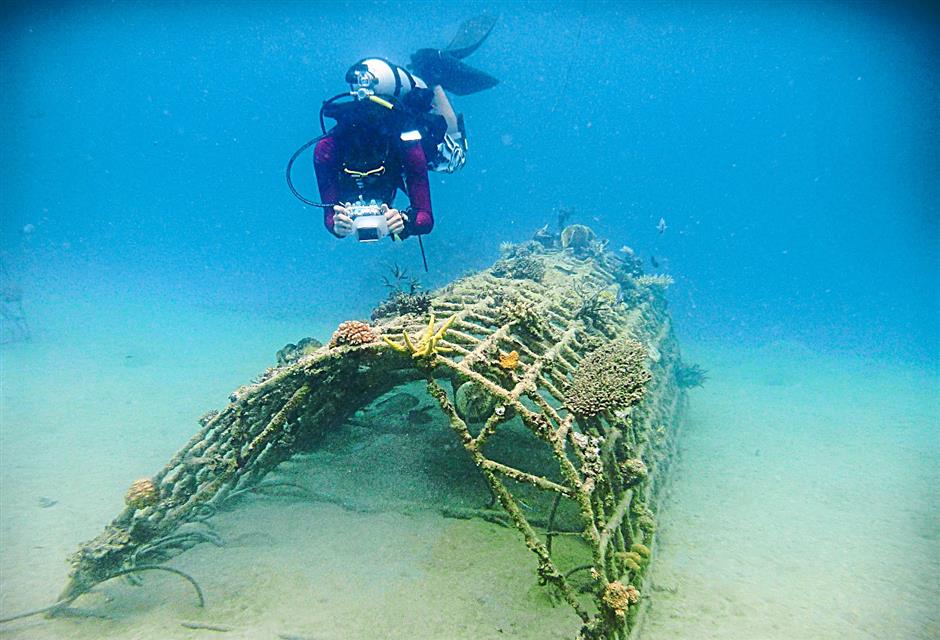 The MNS Biorock structure has given a new lease of life to the corals in Tioman.

Beach-cleaning aside, 100 participants of the green campaign — comprising hotel guests and employees, members of the media, professional divers from Scuba People Singapore and primary schoolchildren — were actively involved in the Restore Our Awesome Reefs (ROAR), Revisiting Our Original Trees (Roots) and turtle conservation projects.

“MNS had protested against the construction of the RM40mil marina project for Tioman but now we are determined to rescue the corals around the area,” said MNS head of communications Andrew Sebastian.

The road trip to Tioman which began in Kuala Lumpur ended at the Mersing Jetty Point, which is four hours away by road.

Come September, Berjaya Air will cease its operations in Tioman and the only way to get to the island will be by land and sea.

From the jetty, the ferry ride to the island takes one and a half hours! 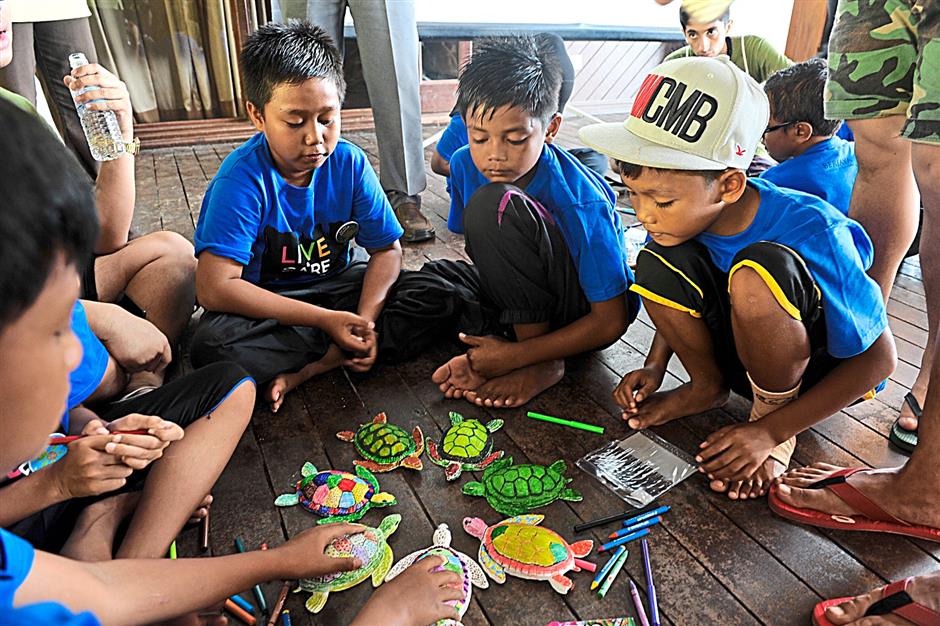 The creative children from Sekolah Kebangsaan Tekek showing their love for turtles in a workshop organised by the Turtle Conservation Society of Malaysia.

But it is a worthwhile trip especially as you get to dive and see the gorgeous corals on MNS Biorock, a key component of the ROAR project.

The internationally-recognised coral rehabilitation project has been successful in reducing the coral bleaching phenomenon in Tioman for the past two years, explained Sebastian.

He added that only a small number of “Crowns of Thorns,” which destroys reefs and upsets the balance of the underwater ecosystem was picked up compared to a total of 185 when the project kicked off in 2012.

This is proof that the Berjaya Live and Care Excursion is having a positive effect on coral beds and breeding grounds alike. Participants in a workshop during the Berjaya Live and Care Excursion.

For non-divers, you can snorkel or just sit on the boat and witness how the coral transplants are partially performed.

The rescued corals are taken from a nearby marina and planted on the Biorock structures.

Watch out for the sea urchins, though!

If you are lucky, you get to see parrotfish, clownfish and shy turtles swimming underneath the crystal clear sea waters.

Back on shore, the media was taken on a 4WD ride along the super-steep Kampung Juara–Tekek trail for project ROOTS.

We were introduced to the flora and fauna in the Malaysian rainforest and the endangered napuh (greater mousedeer) – hunted mainly for its exotic meat, which was caught on camera roaming freely in the jungle here. 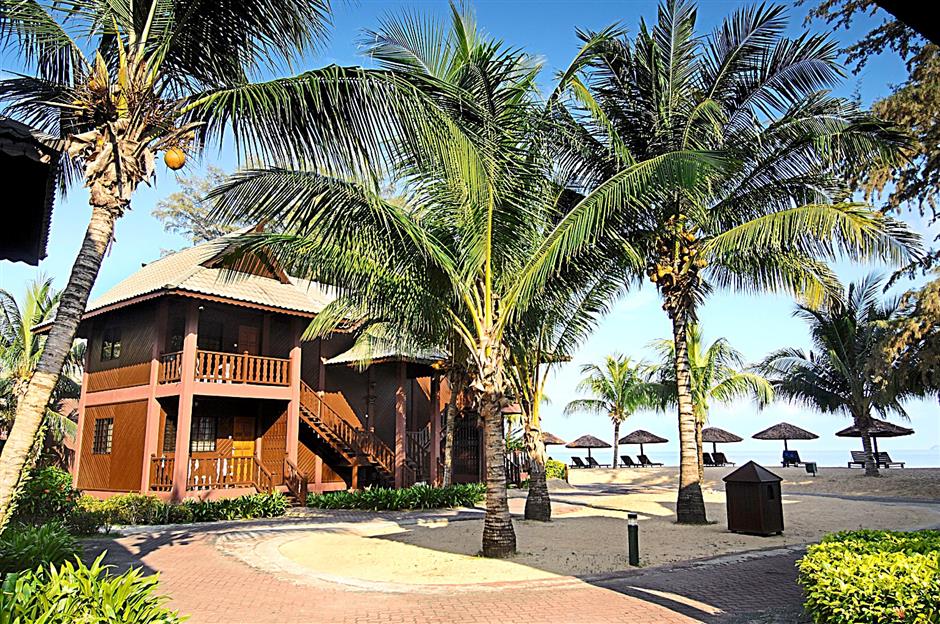 The traditional chalet in Berjaya Tioman Resort set against a gorgeous view of the sea.

“Not only do we need the local community’s help in ensuring that the coral reefs we are trying to rehabilitate, sustain themselves, we also intend for Rakan Napuh members to monitor and maintain the trails and report and promote the conservation of these animals on the island,” said Sebastian.

“Both corals and napuh are biological treasures, and need our intervention to ensure their continued survival.”

Local schoolchildren from SK Tekek were also educated on turtle conservation by Chen Pelf Nyok, the co-founder of the Turtle Conservation Society of Malaysia and teen celebrity Fimie Don, who has worked the gentle creatures since he was 12.

“Just remember that the female turtles are hot babes because they are hatched under high temperature.

The male baby turtles are ‘cool guys’ because they need a cooler temperature,’’ said Chen.

Au contraire, consuming turtle meat (for longevity) and turtle eggs do not have any scientifically proven health values. 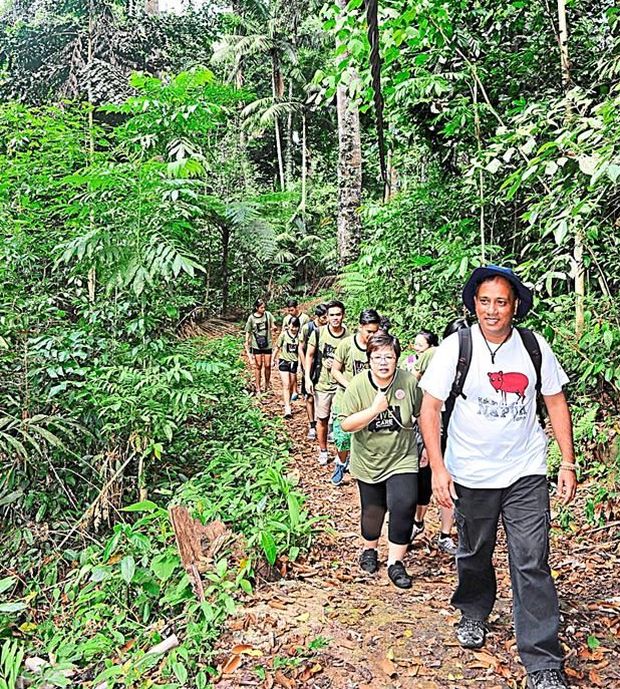 “These claims are unfounded as they were derived from folk tales and superstition,” said Chen.

“If we do not put a stop to it, the number of turtles, mainly the Leatherback, Green, Olive Ridley and Hawksbill that come to our shores to lay eggs, will greatly decrease.”

“This is not the only danger because the turtles are also killed for their shell which has high commercial value,” she added.

Of course, Berjaya Tioman Resort does not just bring you closer to Mother Nature.

The fashionably traditional chalets also offer you a green holiday in style.

The island resort boasts 268 rooms and suites that encapsulate the beauty of classic Malay architecture.

The rooms are equipped with individual air-conditioning.

It does not matter which room you opt for, the chalets overlook the picturesque Tioman coastal line and lush rainforest atop rolling hills.

If golf is your cup of tea, the Berjaya Tioman resort has an 18-hole golf course that comes with a breathtakingly beautiful view of the South China Sea. The media members showing their “green messages” during one of the activities done at the event.

For aquatic activities, the PADI dive centre is about five minutes by shuttle bus from the resort, with a whole list of activities catering to newbies, pros and children.

Techies beware, the resort has slow Internet connection and Wi-Fi is only available in the lobby. So, you can give Facebook and Twitter a rest.

There is no nightlife to disturb the peace, and the only drama comes from the scenery and the odd sounds of nocturnal creatures. Expect to see some hotel guests enjoying happy hour in the beach bar.

Will Tioman change? There has been talk of mass tourism but as yet, the island still maintains its captivating natural beauty. As such, it’s time Tioman takes a bow.