THE continued support of the public for Kuala Lumpur City Hall’s (DBKL) Car-Free Morning initiative may just be the thing to push the event to the next level, said Kuala Lumpur mayor Datuk Seri Ahmad Phesal Talib.

“We have gotten more sponsorship requests of late and from segments of the business community that most would not expect to be that interested in sports activities.

“The event is gathering greater momentum and we are definitely considering making it a twice-a-month affair,” he said, adding that sports was one of the few things that cut across social barriers.

Ahmad Phesal said the number of complaints about the event from motorists was decreasing, and it was likely because of increased awareness.

The mayor said urban planning of the city now placed emphasis on people.

He iterated that the key to the success of any project was the public’s active participation.

“I recently had the opportunity to cycle in Copenhagen, Denmark, known as the first Bike City of the world.

“They started looking at bicycles as a mode of transport decades ago. It also helps that about 98% of their city is on flat land,” he said.

The mayor is of the view that there is a lot of potential for cycling as a mode of transportation in Kuala Lumpur.

He disclosed that DBKL was still studying the implementation of bicycle lanes in the city.

An estimated 8,000 to 10,000 people consisting of cyclists, skateboarders, in-line skaters and joggers turned up for the sixth Car-Free Morning of the year, an event that happens every first Sunday of the month from 7am to 9am. 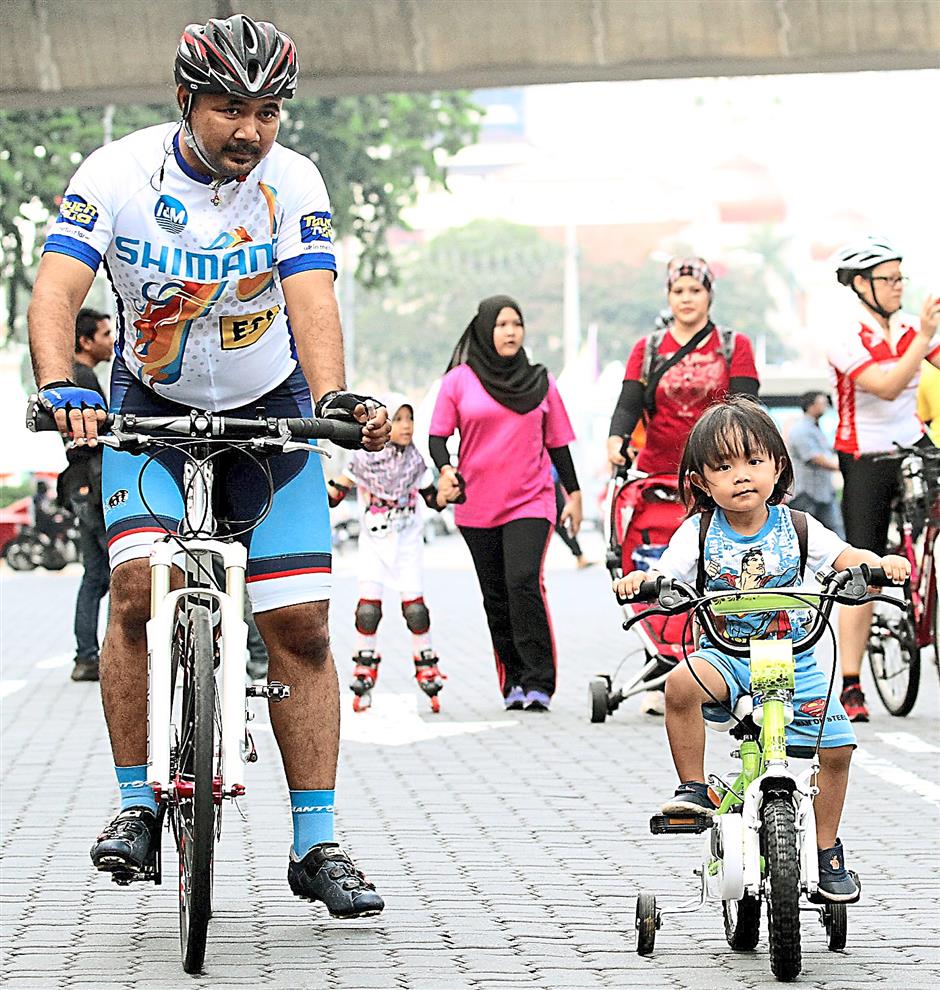 Many parents participated with their children in the Car-Free Morning as a healthy family outing.