Malaysian guitarist is turning heads in the United States

Raz relocated to Los Angeles in 2012.

KOTA KINABALU: A Young Malaysian is making waves in the Los Angeles music scene while soaking up knowledge and experience in the United State with his sights set on helping to rock up his homeland.

Having studied at the prestigious Musicians Institute (MI) in Los Angeles, guitarist Raz Razak has found himself playing at the House of Blues at the city’s Sunset Boulevard and other renowned venues including the Viper Room, Whisky A Go Go as well as El Corazon in Seattle.

And he has played alongside the likes of Andreas Brobjer, the drummer for Lady Gaga as well as the Art of Shock group, a Los Angeles-based band featured at the Warped Tour, the touring music and extreme sports festival.

But in Raz’s memorable list has been jamming and playing with renowned guitarist, vocalist, songwriter and producerRafael Moreira who has been Raz’s musical influences.

“Opening for Rafael Moreira, and his band Magnetico was an amazing experience,” said Raz in an e-mail interview.

And he is drawing up plans to go touring with his own band Radic comprising his contemporaries from the Musicians Institute, playing at various shows and festivals around the US.

All these began when he was 10 and learning to master the classical guitar by day and tinkering around with his dad’s electric guitar at night.

“After a while, I felt that playing the electric guitar lent more energy to serve the rock-and-roll side of me,” said Raz who however adds that he still occasionally picks up his classical acoustic guitars.

“Its fun to play all types of guitars. There’s a unique beauty in each type,” he added.

Having said that, Raz is however definitive about his instruments of choice -the Gibson Les Paul guitars.

“To me they are definitively the best guitars ever made,” said the 22-year-old who has uploaded a number of videos on You Tube ‘shredding’ his Les Paul including his own composition called Vulture.

His father Capt Razak Shaari, an airline pilot, was also instrumental in determining his music tastes and today Raz counts on the likes of Eric Clapton, Rod Stewart, Van Halen and Led Zeppelin as among his major influences apart from Moreira, Stevie Ray Vaughan, Dimebag Darrell and Pink.

Raz relocated to Los Angeles in 2012 to hone his craft at the Musicians Institute and describing it as a “really great music school.”

“I learned a lot from all the teachers who are also professional musicians all around. So I learned the insight, knowledge, and music theory from them,” he added.

He also describe the environment as being competitive in noting that “without competition, there’s no fun.”

“After all, the people and musicians I’ve been surrounded by and worked with,are all very helpful people and the music scene here is great.

“Almost everyday there is live music somewhere in LA. It is a very musical city. Love it,” he added.

After graduating from MI last October, Raz has been keeping busy playing “gigs” with a few Los Angeles bands.

“I have my second American summer tour plans coming up soon with Art Of Shock.

“Mayhem Festival tour in 2015 is up in the planning stage as well,” he added.

“Essentially, my plans are to keep doing all these, to meet and play with more bands or artistes, keep touring the States and also the world at some point. Perhaps one day for play for Pink. Now that would be great,” he added.

On a more serious note, Raz said whatever he did had always been to make my parents happy and proud.

Looking ahead, Raz is eyeing eventually tour with world class music acts apart from getting a recording studio going in Los Angeles while producing bands. And he now learning the ropes to set himself on this track.

“Once you are a musician, music is your language and music connects everyone in the world, so yes I would help improve the Malaysian music scene with all the knowledge I earn and experience here in Los Angeles,” he added.

More details about Raz is available at http://www.razazraaimusic.con and his facebook page at https://www.facebook.com/razazraaimusic 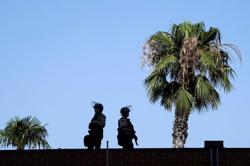 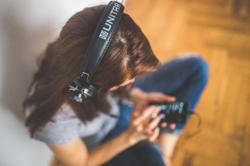