A morass of a problem 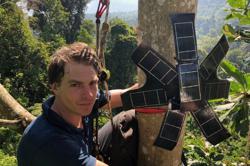 This figure is shocking and mangrove forests are also facing a similar situation.

According to a forest-tracking tool developed by the National Aeronautics and Space Administration (NASA), there was a 115% jump in deforestation over the three-month period of January till March 2013.

The report also claimed that the trees in Malaysia are being felled at four times the sustainable rate, as per World Bank standards.

Meanwhile, World Resources Institute (WRI) reported that more than 25,800ha of mangrove tracts worldwide were destroyed from 2001 to 2012. Malaysia lost 4.6% of its mangroves during that time, with approximately 1,000ha of mangroves felled each year, peaking at 4,052ha in 2009.

Last year, Selangor was also hit by a severe water crisis resulting from various factors, including poor rainfall at the water catchment areas.

The livelihood of indigenous people are also threatened when the forests is logged as many of these communities rely on the forest as their main source of survival.

The dense wild forests of Malaysia are rich with various species of flora and fauna and attempts made to replace felled trees are often futile as the newly planted trees cannot replace old-growth forests.

Tree plantations like rubber and oil palm cannot “net-out” the loss of natural forests in terms of biodiversity, carbon storage or maintenance of ecosystem services.

The vast destruction of the mangroves, especially in the west coast from Kedah southwards, is another cause for concern.

Aquaculture is another sector that affects these mangroves.

Malaysia has 551,333ha of mangrove forest, which serves as breeding grounds and homes for many species.

In addition, vast amounts of carbon are released into the atmosphere during large-scale logging, as carbon is stored in the trees.

This is a significant contributor to climate change the world over as it releases more greenhouse gasses into the atmosphere.

Our forests have a huge potential to mitigate climate change but, with incessant logging, will not have the time or opportunity to regenerate.

The recent east coast floods were aggravated as logging in Kelantan has been so intense that there was not much forest left to act as a sponge to soak up the rain and release it into the ground at regular intervals.

Without the forests, water will rapidly flow into streams, heightening the risk of floods in cities, villages and agricultural sites.

The government is now looking at reforming forestry laws with the help of Transparency International Malaysia to curb illegal logging and it is hoped that this can be done as fast as possible to save more of our forests.

The Sarawak government’s recent moratorium on issuing timber licences until illegal logging and other illicit activities in the trade are weeded out is most welcome.

There must be more state-of-the-art monitoring mechanisms in place such as covert GPS surveillance of timber trucks as carried out in the Amazon, revealing how loggers defeat attempts to halt deforestation in the world’s greatest rainforest.

The operation began with two months of on-ground surveillance to identify the routines of the truckers.

At the same time, satellite images were cross-referenced with databases of logging permits to identify areas likely to harbour illegal tree felling.

Once the most promising targets had been identified, enforcement officers went undercover to install magnetically-attached GPS trackers on the trucks, allowing them to track and ultimately nab the illegal loggers.

This is an example of what should be done here to protect our forests.

There must be greater muscle from Putrajaya to proactively handle deforestation.

As at September 2014, the value of seized illegal timber was an alarming RM2.95mil, showing the scale of the problem.

This should be enough of a wake-up call for the authorities to take drastic action to curb illegal logging as well as help preserve what is left of our forests and wildlife.

We must be tough and show the offenders that we mean business. 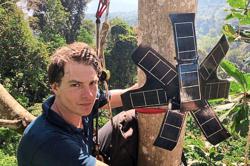