Instant-noodle maker looks to grow from a position of strength 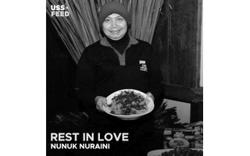 Looking abroad: Tang says the company is working on strengthening its position and product diversification.

IT ISN’T every day someone takes a craving and turns it into one of the best products in the world, but that’s exactly what Thomas Tang of Sky Thomas Food Industries Sdn Bhd has done.

He was not satisfied with instant curry noodles available in supermarkets so he was constantly trying to recreate the taste of his mother’s noodles using instant noodles.

In the end, he came up with what became the basis of the recipe for MyKuali Penang White Curry Noodles, the first white curry instant noodles in the market.

The company was set up in 2011 to commercialise the recipe.MyKuali Penang White Curry Noodles became a huge success and business skyrocketed within the first six months.

“We did not expect that our noodles would do so well,” said Tang.

Their success came after a popular website rated their noodles as one of the best in the world.

The Ramen Rater webiste said of the company’s Penang Red Tom Yam Goong Noodle flavour: “Not only is it strong but it’s got a thickness to it, and has that kind of aroma and consistency of a broth that’s been stewing all day long.

Strong spicy heat, lemongrass and shrimp notes play throughout as well as a nice bit of sweetness.”

The commitment and passion of the Sky Thomas team has earned a number of accolades both worldwide and locally, including the Rising Star Award in the 2014 Star Business Awards, the World’s Best Brands award from Brand Laureate, and Product of the Year 2014/15 from the Consumer’s Innovation Awards.

Beyond branding and business awards, MyKuali’s Penang White Curry Noodles was named the world’s No.1 instant noodle, beating over 1,365 instant noodles around the world.

“Winning these awards has motivated us to work harder. We are also getting customers from overseas. These awards are always on display whenever we are at international food fairs,” said Tang.

“Now, we are looking to expand in Japan. They are already familiar with our brand because a Japanese TV show highlighted us before. We are in the process of getting into the Japanese market,” Tang says.

To support their expansion, the company has also moved into a new location. The new production facility covers 40,000sq ft and production is expected to triple.

The company is working on strengthening its presence in the 13 countries where its noodles are available, with Singapore and Taiwan being the immediate priorites.

The company has also started serving the brand’s top sellers in disposable bowls and will offer rice vermicelli or bihun in the brand’s signature flavours.

What began as an attempt to capture the flavours of home has now expanded into a successful business and a mission to spread traditional Malaysian flavours.

“We believe in giving quality to people. Our quality has brought us here and we will continue to do so,” said Tang 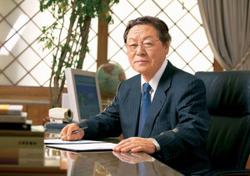 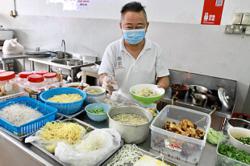