His success story lies in his ingredients and the way of cooking it as well as consistency in the taste of his koay teow.

“I use koay teow and bean sprouts from Ipoh. The flat rice noodles there are known for its smoothness.

“Another ingredient is the homemade sauce, which is a mixture of soy sauce and fish sauce,” he said.

With a total of 51 endorsements, the eatery won the award for December with a staggering 271 votes on Metro Online Broadcast’s (MOB) website at www.mob.com.my 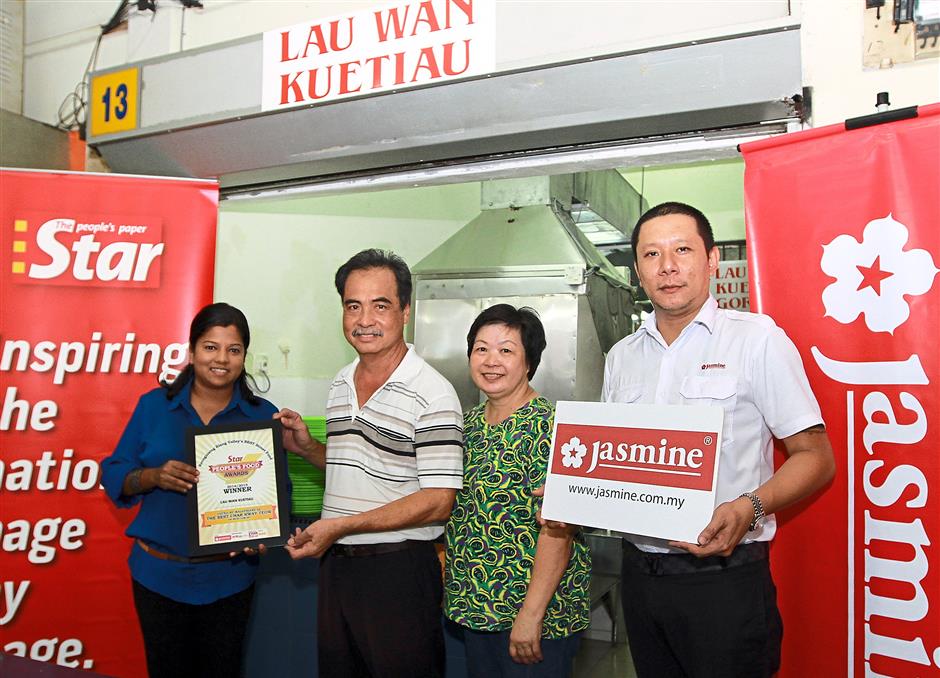 Lau thanked his customers for their undivided support towards his eatery.

“I am very happy that I have won this award. I appreciate the support from my customers,” he said.

His achievements have come a long way since its humble beginnings.

Lau started off as a cook for sailors and continued to work as a lorry driver before venturing into the char koay teow business more than 30 years ago.

“Times were difficult back then and I could not make a living as a lorry driver. So I decided to open a koay teow stall.

“In the beginning, when I set up shop in Kelana Jaya in the 1980s, I tried the char koay teow cooked by other hawkers and learned from them before I could come up with my own recipe,” he said.

“The friend noodles has always been consistent and I like it a lot.

“I have been eating koay teow from this stall since Lau operated in Kelana Jaya and I will still frequent his stall even if he relocates,” she said.

The Star People’s Food Awards is a monthly contest that recognises the best streetfood in the Klang Valley.

Today is the last day to nominate your favourite nasi briyani eateries for this month’s category in The Star People’s Food Awards.

Voting for the nominated nasi briyani eateries will soon begin, starting from Jan 15 up until Jan 31.

This month, visit www.mob.com.my and nominate your favourite eateries for the next category, nasi briyani.

Those who nominate, vote or share the link on social media stand a chance to win attractive prizes such as hotel stays and dining vouchers.