Talk of the town: The Boss development project, a high-rise residential hotel suite with commercial space in Klang, kicked off in 2012 but work came to a halt in mid-2014.

CONSTRUCTION work on The Boss, one of Klang’s most talked about development projects, has been abandoned halfway, dealing a cruel blow to 300 investors who were initially guaranteed huge returns on their properties.

The multi-million ringgit project, a high-rise residential hotel suite with commercial space, was to be developed by Hotwer Development Sdn Bhd and units were sold between RM250,000 and RM900,000.

Klang residents had also thought that upon completion, the unique building near the Hokkien Association Hall would become a new landmark for the royal town but instead, it had become an eyesore.

According to the buyers, units in the project had been sold through roadshows organised in popular malls in the Klang Valley. The Boss project which kicked off in 2012 came to a halt mid last year.

The buyers, believed to be mostly from outside Klang, were left in the lurch when the project, which kicked off in 2012, was abandoned towards the middle of last year.

Lack of information and uncertainty over the status of the project had confused the buyers, especially since they had been informed in February that the development was in the hands of a liquidator.

By March, they received letters from KPMG Deal Advisory Sdn Bhd, informing them that in November 2014, the company had been appointed liquidator by the Kuala Lumpur High Court.

KPMG also called for a meeting with the purchasers and creditors to discuss the next course of action. 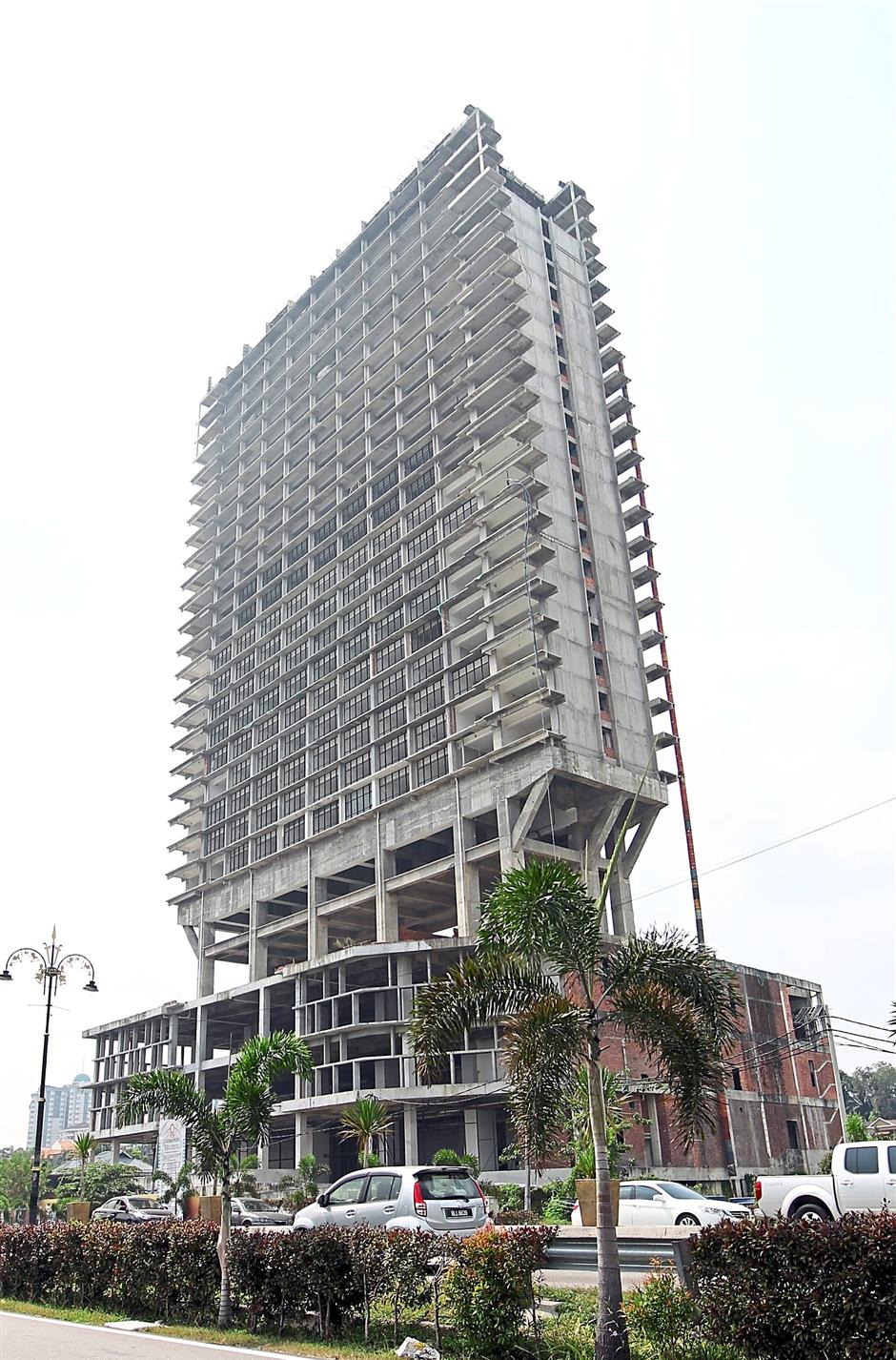 The Boss Purchasers Association (TBPA) vice-president Heng Hock Lai said the meeting had been fruitful and the buyers were confident the project would be revived soon.

He said experts had been called in to ascertain the completion rate of the project.

“We have also requested that the buyers be called in for meetings with potential developers so that our interests will be protected.

“We believe the new contractor will be able to complete the project without adding more costs to us,” he said, adding that he had bought a commercial unit for RM816,000.

Gavin Trapshah Ismail, 31, from Kuala Lumpur said he had been attracted by the 7.5% and 8% monthly returns offered by the developer for the units in the development.

“The design was unique and the location was perfect,” he said, adding that he had booked his units in 2012.

Eleanor Harjandar Singh said her family bought two units in the project, with one for her dentist son who lost his eyesight after a sudden illness. (From left) Eleanor, Heng, Gavin and Anuradha are hopeful that the iconic project will be revived soon.

“My husband and I decided to buy the property for my son, thinking that the returns would offer him some form of income in the future.

“In fact, we used our son’s entire insurance payout to purchase the property and we were heartbroken when we heard the project had stalled,” she said, adding that they had bought the property in cash.

Another buyer, S. Anuradha from Petaling Jaya said she bought a suite costing RM429,000 in December 2013.

She said it was the first property bought with her husband as they got married earlier that year.

“Both my husband and I were excited about the good returns offered by the developer and the artist’s impression of the building was also impressive. “We have been servicing full instalments for the property which should have been completed by now.

“I hope the new developer will be able to revive the project and offer us a similar package so that we will not sustain heavy losses on our investment,” she said, adding that her property was now only a bare room with a washroom.

Ooi Woon Chee, who confirmed his appointment by the court as one of the two liquidators from KPMG, said they had convened two meetings so far with the buyers to decide on the future of the project.