THE Tengku Ampuan Rahimah Hospital in Klang is rat-infested as a patient was unfortunate to have been bitten by a rodent.

The existence of rats in the hospital wards for the past few months has become a nuisance not only to patients but also to the hospital staff.

If nibbling leftover food at the wards was not enough, the hungry rats have moved on to bigger bites such as a patient’s finger.

G. Meganathan, 34, said he was bitten by a rat while being treated at Ward 8B for stomach ailment and had lodged a report about the rat-bite incident at the Pandamaran police station on April 5.

Although the hospital declined to confirm that Meganathan was bitten by a rat, an official from the hospital said he was given a tetanus toxoid jab to prevent infection.

Meganathan said that he had sleepless nights when he was placed at Ward 8B from March 28 until April 4, because of the rats. 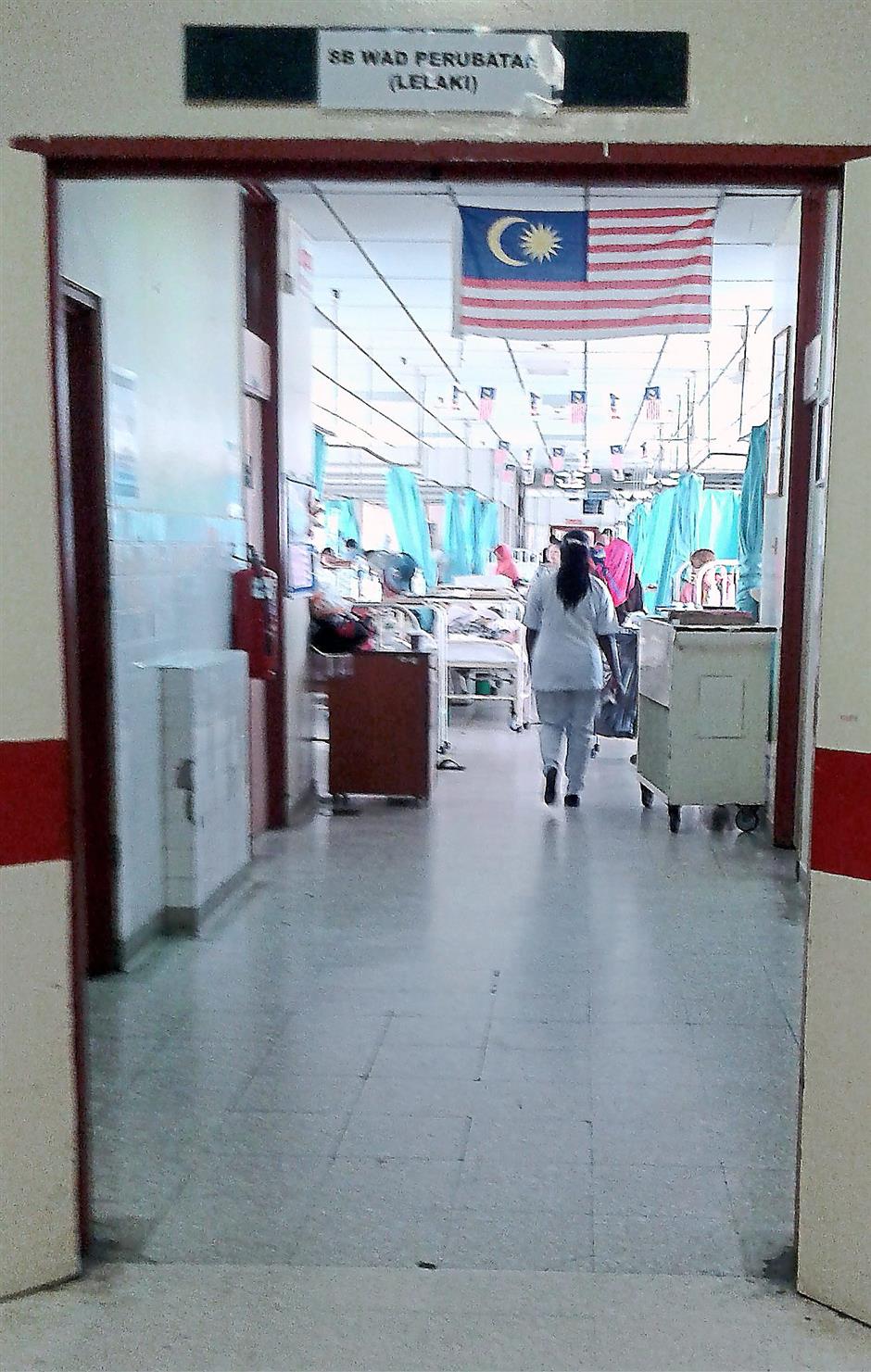 Ward 8B where Meganathan claims there were rats running all over the place when he was admitted there.


“The rats were running all over the place and I could hear them moving inside a wooden panel behind the railing of my bed.

“I only realised that I was bitten after feeling the pain on my finger and noticed the bite marks on March 30,” he said, adding that he was given an injection to relieve the pain on his finger.

Following the incident, Meganathan said several rat traps were placed in the ward.

“How can one get bitten by a rat while being warded at a hospital? I expect high standards of cleanliness and hygiene,” said Meganathan, adding that he was also worried that other patients may suffer the same fate at the hospital.

Another patient who only wished to be known as Mohamad, 38, said rats could be seen in the hospital wards.

He said the rodents would look for food from the rubbish bins that were placed near the beds.

“I feel very uncomfortable and the rest of the patients also feel the same,’’ said Mohammad when met at Ward 7B.

J. Christina, 45, who was warded at the hospital for fever in December last year said she was shocked to find rats in the wards.

She informed the hospital staff about the rodents and was told that they were aware of it but there was nothing they could do.

“I was also informed that the hospital staff, who are mostly females, are also uncomfortable about the situation,” said Christina.

A staff had also seen rats at the cooking area in the canteen.

“It is not surprising that the rats are here because the drains and the area around the canteen is dirty,” she said.

Checks also revealed that facilities within the hospital’s overcrowded wards were not well maintained.

Some of the toilet doors had no latches and the bathroom drainage outlets are often clogged. 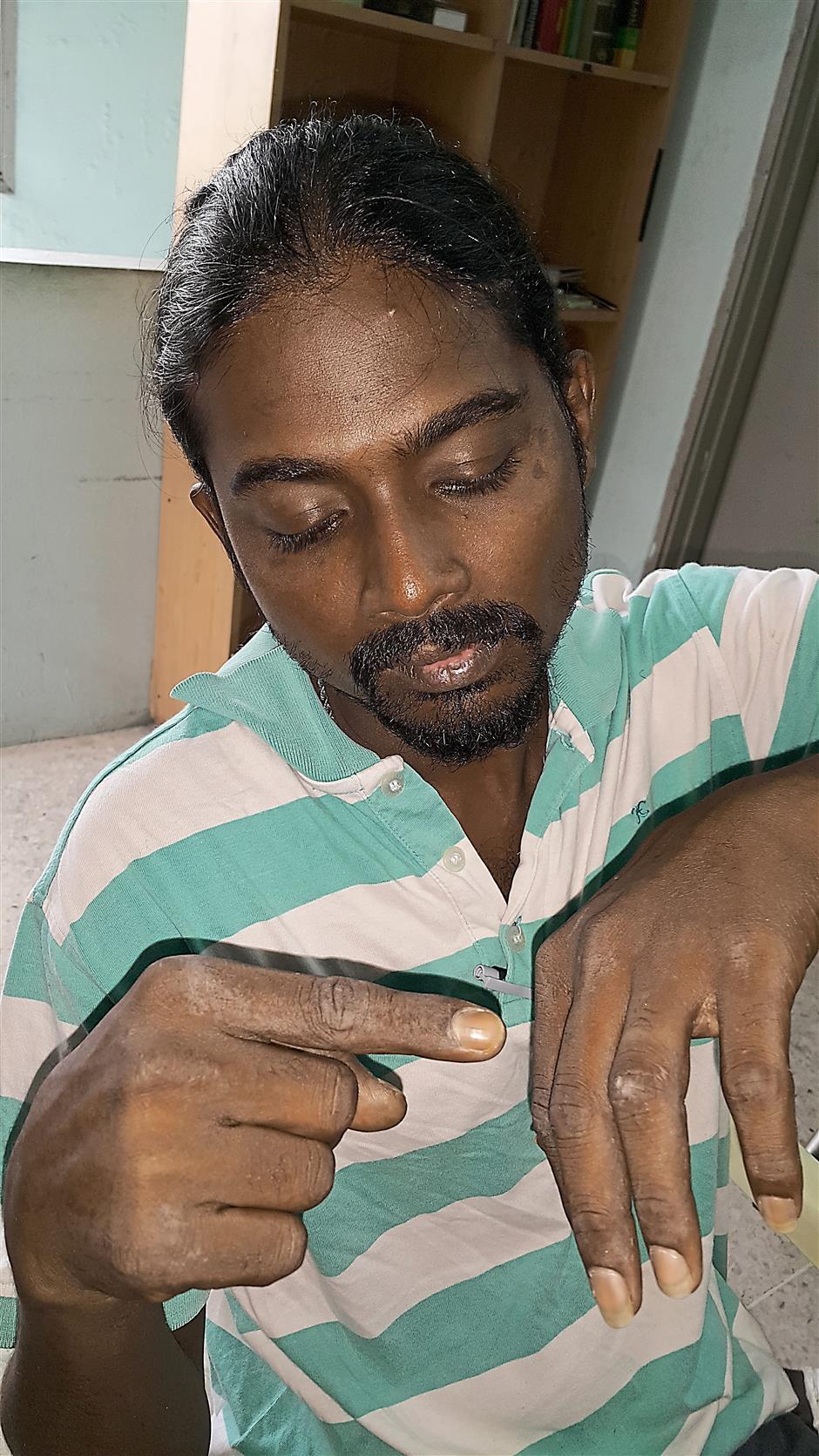 Victim: Meganathan showing his finger which was bitten by a rat while receiving treatment at the Tengku Ampuan Rahimah Hospital.


There were also complaints of a leaking roof on the eighth floor which resulted in wet floors at the wards on rainy days.

A hospital source said the contractor who had been awarded with the contract to maintain the premises had failed to carry out the work responsibly.

He said a new contractor had been appointed with effect from April 1 and the situation is expected to improve.

“The rat problem is one of the issues that the new contractor has to deal with,” he said, adding that the company was also expected to improve the overall upkeep of the wards at the hospital.