Keeping nature at bay: Slope-strengthening works being carried out at a construction site in Bukit Gasing. — filepic

BUKIT GASING residents are questioning several proposed housing projects in the area from a safety point as well as issues such as access and sewerage links to the main channels.

One of the main reasons for the worry is that huge landslides had occurred in the area over the past few years.

It is also learned that the Petaling Jaya City Council’s (MBPJ) One-Stop Centre Committee had rejected one or two of the projects due to not conforming to the law and planning requirements.

Aside from the steep slopes involved in the proposed developments, former city councillor Derek Fernandez agreed that they were in an area of Bukit Gasing which had already seen landslides.

“Despite the building approvals and professionals involved, some of the landslides have already cost the ratepayer millions of ringgit to repair, and millions more required for slope protection measures,” Fernandez stated.

“When we look at the slope, we are not entirely convinced it will be safe despite technical assurances, as some the slopes are very steep and landslides have already occurred in the area,” said Chuah.

For residents living in Gasing Indah, the issue of access is also an issue, as Chuah said that currently Jalan 5/69 and other residential roads in the housing area were used as access for nearby condominiums.

The same road would have been further used as another entry by one of the proposed projects as Jalan 5/69 was not meant to serve an additional 19 houses that were not originally planned for, added Fernandez.

The issue of land title validity was also raised by Fernandez, who recalled a meeting in the mid-90s where he and other Bukit Gasing residents had objected to a different developer’s proposal for the same land.

“At the public hearing chaired by then-municipal council president Datuk Mohd Nor Bador, resident leader Syed Jalal Abdullah had stated they were improperly issued, and the proposal was not approved,” he said.

The briefing for the three proposed developments, and the presentation for a geotechnical study on Bukit Gasing, was originally set for March 24, but pushed to tomorrow.

“We were not told of the meeting until a resident, a former councillor, informed us at the last minute,” said Chuah. 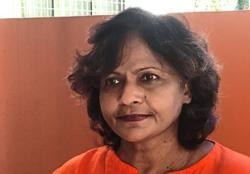