From Japan, the world's first nail art that glows when you phone home

Trust the Japanese to take nail art to the next stage of its evolution: LumiDecoNail glows when you pick up your phone, just like E.T. phoning home. It's so kakkoii!

If you thought a finger that glows when you phone home was strictly the preserve of extra-terrestrials, think again: a Japanese firm has unveiled nails that light up when you make a call – it's the first of its kind in the world. The world's first glowing nail: All you need to do to make it light up is to phone home! But unlike the loveable alien in E.T. The Extra-Terrestrial, the 1982 Steven Spielberg film, modern-day Japanese fashionistas need only pick up their Android-powered smartphone to set their finger glowing.

Building on the immense popularity of manicure art – where intricate patterns and small gem-like stones are stuck on the nail – toy company Takara Tomy A.R.T.S. has developed a micro-thin LED sticker.

The LumiDecoNail uses a technology called Near Field Communication, in which small amounts of power are transferred very short distances, to communicate with a smartphone. It also flashes whenever the wearer uses an electronic money card such as a train pass. 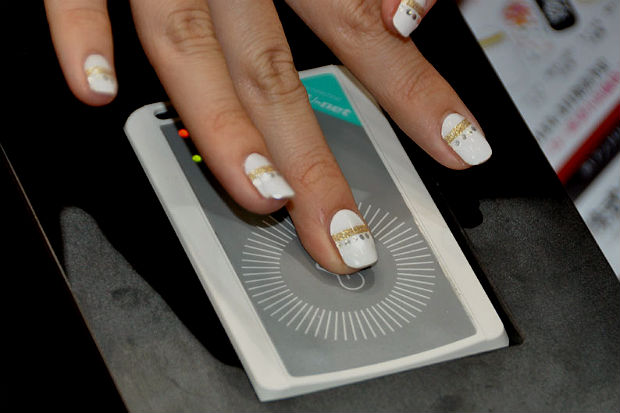 LumiDecoNail lights up not only when you pick up your phone but also whenever your nails are near certain sensors, like when you swipe your electonic train pass at the turnstile.

The product will go on sale in Japan next week, with a set of 16 nail stickers – one of which contains the LED – costing 1,200 yen (RM38) and marketed mainly at young people, said company spokeswoman Misayo Aruga.

"I am now wearing it on the middle finger of my right hand. It blinks whenever I pass through train gates, which lifts my heart a bit," she said. The company will consider marketing the cosmetic product overseas after seeing how consumers in Japan react. – AFP/RelaxNews