Bryan Loo was stuck in a rut, but his passion for business led him to find his calling.

These are words that mean a lot to Bryan Loo, as these attributes were what kept him going when he first became an entrepreneur.

Another word that is extremely important to Loo? Tea.

He is after all, the managing director of Chatime Malaysia, and his passion for business and fiery entrepreneurial spirit was what build the brand into the largest bubble ... sorry, lifestyle tea chain in Malaysia in the short span of three years.

That same passion and drive also helped him through the tough, early days of Chatime, enabling him to bulldoze his way through all the obstacles and challenges he faced.

“When I first started out, I never saw it as a challenge, because the passion of doing business, of being my own boss, blinded me to all the challenges in front of me,” he recalled during an interview at the Chatime headquarters in Petaling Jaya, Selangor.

“The fire was so humongous that I didn’t care about what people said about me, I didn’t care what the market was like; I just went straight into it!”

So how did he get such a great passion to be his own man? The 28-year-old entrepreneur attributes his interest in doing business to his childhood, when he would observe his parents running their aircon retail business back in Perlis.

“Every day after school, I would sit in their office and watch them run their business. Growing up in that environment, I think it instilled in me the desire to be a business man as well,” he said, adding that he was already an entrepreneur even when he was a kid.

“When I was seven, I drew comic books and rented them to students for 50 cents a read, and that was how I earned extra pocket money!”

Loo studied biotech for four years in Australia, and after coming home, he started working in a biotech-related firm in a sales capacity. However, he had no love for the job, and yearned for something more, something he could feel passion for.

“That job was hell for me. At one point I didn’t even want to wake up in the morning and go to the office at all,” he recalled.

Determined to do more with his life, he eventually resigned from that job after two years, and immediately felt a weight being lifted from his shoulders.

“Once I resigned, it was like I was free, I could do anything I want, and that’s when the fire in me started to burn! I was in a new world and I wanted to do everything! I was a free man!” he exclaimed, still sounding excited today.

Setting his sights on entering the food and beverage industry, he searched for a product he could sell, and eventually found his cup of tea, so to speak.

He also discovered a void in the Malaysian beverage market that he could take advantage of. Not only was there a very few grab-and-go beverage outlets that allowed customers to quench their thirst on the go, there was also a baffling lack of tea outlets.

“Back then, the beverage market was dominated by coffee. There were so many coffee chains around, but I thought, ‘where is the tea?’. Malaysians have always been drinking tea – we have teh susu, teh tarik, Chinese tea ... so why were there no tea outlets?”

With that in mind, Loo travelled to Taiwan (which he says is THE place to be when it comes to tea culture) to find a good brand to bring into Malaysia. He eventually chose Chatime because it was the only company that had a vision about expanding globally back then.

After another few months of hard work and persuading mall operators to give his concept a chance, and in 2010, he eventually opened his first Chatime stall in Pavilion KL. That was when the bubble tea bubble started to grow, and now, with over 100 outlets nationwide and counting, that bubble is showing no signs of popping yet.

Chatime’s overnight success in Malaysia has helped the parent company become the only tea company to be listed on the Taiwan stock exchange.

“We were only the third country after Taiwan and Australia to open a Chatime outlet. And today, the brand is in 28 countries. Chatime Malaysia also accounts for 45-48% revenue for the entire company globally,” Loo said proudly.

Looking back to the very beginning, he reckons that he probably would not have had the guts to do what he did if he had known then what he knows now.

“That moment of passion, the fire to do business was so great that I just did everything as if I owned the world! I knew that that was what I wanted to do, and I just did it!” he concluded. 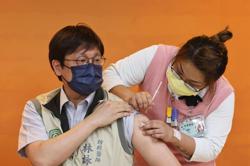 Nepal’s 'God of Sight' aims to make cataract surgery affordable and accessible beyond the country
A to Z of Britain's Prince Philip
Musician couple in New York raises money for food pantry with home concerts
In New York, the pandemic pushes some Orthodox Jews to leave their community
This Thai coffin maker kickflips caskets into skateboards
Growing vegetables in the Arctic Circle, thanks to permaculture
Malaysian church furnishes the needy with unused appliances and furniture
American janitor singlehandedly cooks to feed thousands during the pandemic
How baking a loaf of bread for a neighbour during lockdown led to a successful bakery in London
American flight paramedic helps wipe off patient medical debts during the pandemic