Promoted as an aid to good health, artificial sweeteners may in fact be boosting diabetes risk, says a study.

Called non-calorific artificial sweeteners, or NAS, the additives are found in diet sodas, cereals and desserts – a huge market for people worried about weight gain and sugar intake. 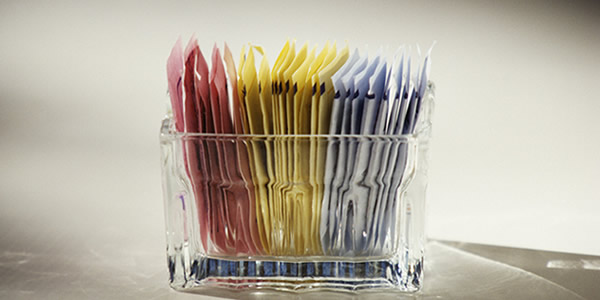 Some experts recommend NAS for people with type-2 diabetes, a disease that has attained pandemic proportions, and for a pre-diabetic condition called glucose intolerance, with elevated blood-sugar levels.

After leaving a sensation of sweetness on the tongue, NAS molecules pass through the intestinal tract without being absorbed. This explains why, unlike sugar, they add negligibly, if at all, to the calorie count. But scientists reported in the journal Nature that experiments on lab mice and a small group of humans found NAS disrupted the makeup and function of gut bacteria, and actually hastened glucose intolerance.

“Artificial sweeteners were extensively introduced into our diets with the intention of reducing caloric intake and normalising blood glucose levels without compromising the human ‘sweet tooth’,” the paper states.

“Our findings suggest that NAS may have directly contributed to enhancing the exact epidemic that they themselves were intended to fight,” it says bluntly.

Scientists led by Eran Elinav and Eran Segal of the Weizmann Institute of Science in Israel added three commonly-used types of NAS - aspartame, sucralose or saccharin – to the drinking water of mice in body-size appropriate doses equivalent to recommended maximum human intake. Those rodents given NAS developed glucose intolerance, whereas mice that drank only water, or water with sugar, did not.

Next, the researchers transplanted faeces from NAS-fed and glucose-fed mice into rodents bred to have no gut bacteria of their own.

The blood-glucose levels of the NAS transplant recipients rose sharply, the team found - and their gut bacteria worked harder than the other group’s at extracting glucose from nutrients.

The next step was to apply these insights to humans.

Poring over questionnaires and health data from non-diabetic people, the team found a “significant” link between glucose intolerance and higher NAS consumption.

Finally, the researchers placed volunteers who did not normally use NAS on a seven-day regimen that included the maximum sweetener intake recommended by the US Food and Drug Administration (FDA).

Past investigations into NAS have delivered mixed results. Some showed benefits in weight loss and glucose tolerance, while others suggested the opposite.

The picture is muddied by the fact that many NAS consumers are people who already have diabetes or are prone to it.

The new experiments are a red flag, the team says.

“This calls for a reassessment of today’s massive, unsupervised consumption of these substances,” says Elinav. 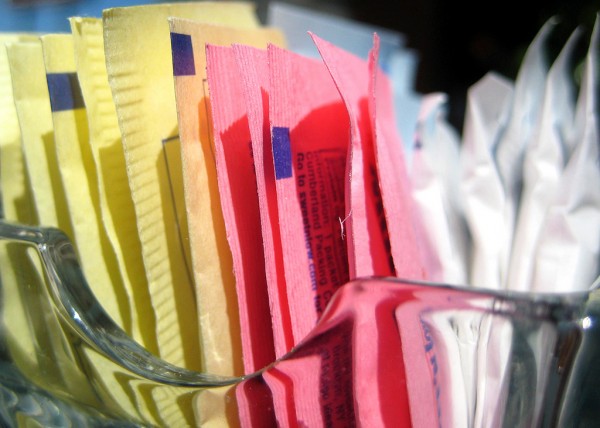 Experts say to be cautious when using artificial sweeteners as they may not be the magic bullet that helps fight obesity and diabetes. – Filepic

Independent commentators praised the work for its innovation, but warned against overreaction.

The human trial involved just seven people over a week, and wider and longer trials are needed to draw any firm conclusion, they say.

“Human diets are complex, consisting of many foods, the consumption of which can vary in amounts, and over time,” warns John Menzies of the Centre for Integrative Physiology at the University of Edinburgh in Scotland.

“This research raises caution that NAS may not represent the ‘innocent magic bullet’ they were intended to be to help with the obesity and diabetes epidemics,” Nita Forouhi, a University of Cambridge epidemiologist tells Britain’s Science Media Centre.

“But it does not yet provide sufficient evidence to alter public health and clinical practice.” – AFP

Channel your inner bunny with these exercises
Dealing with fatty liver disease through your diet
Here's how to allergy-proof your home
This artificial pancreas could automate insulin delivery for diabetics
Simple ways to eat healthy this Chinese New Year
A simple and cheap injection reduces risk of cerebral palsy significantly
When traffic noise gets too loud for health
Three criterion when selecting a gym to sign up for
Suddenly getting dizzy spells during your menopause?
XBB.1.5: What we know to date on this currently dominant viral subvariant