A new workout trend encourages women to unleash their inner Beyonce by giving cardio routines a touch of nightclub sexiness.

Empowerment is a big part of the Vixen workout, a hip-hop dance class with a nightclub feel that fitness experts say offers a cardio girls’ night out to women who may be keen to channel their inner Beyonce, Ciara or Rihanna, but wouldn’t be caught dead in a gym.

“It’s all about wearing your sexiest leggings, putting on your brightest red lipstick and taking your hair down so you can bend over and shake it,” said Jolie Bedini, 40, a single mother who takes a Miami Vixen class up to five times a week. 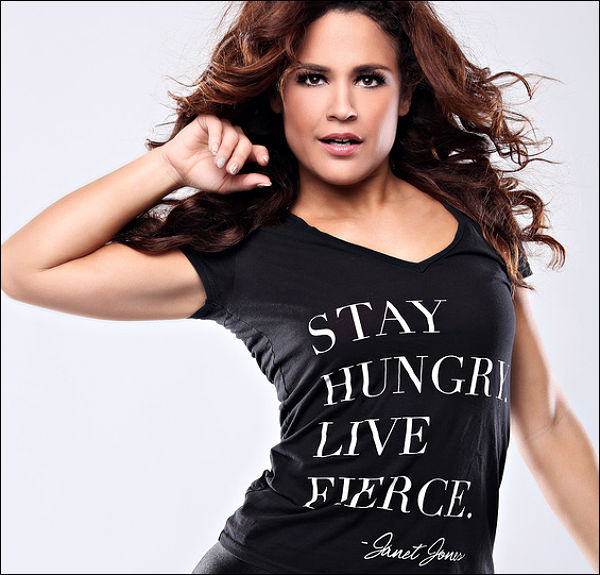 Fierce: Janet Jones, founder of Vixen Workout, was inspired to unleash her inner vixen after years of facing frustrating working conditions that dampened her spirits. The workout helped rebuild her confidence, both mentally and physically.

Fuelled by the songs from rap stars Lil Wayne, Rick Ross and Pitbull, the workout mixes sultry dance moves such as booty battles, kitten stretches and twerks with body lunges and squats. “A bit of sexy dancing and you’re into the zone,” said Bedini, noting that the workout helped her lose weight.

Up to 100 women attend the party-lit, hour-long, mostly evening classes, which began in Miami and have spread to New Jersey, Los Angeles and Chicago.

The workout is the brainchild of Janet Jones, a former Miami Heat basketball team dancer and hip-hop performer. Jones said the concept emerged from the invisibility she felt after her pregnancy and taking a nine-to-five job, a time she refers to as her black hole.

“Jennifer Lopez, Beyonce, they’re all vixens. Beyonce is the ultimate vixen but I think every woman has a vixen inside her,” Jones said, encouraging her clients to dress for a girls’ night out to get them into the performance spirit.

“Most of them have never experienced themselves as performers. All of a sudden they’re focusing on getting the movement, picking up the choreography. They work harder and lose weight,” she explained. “If I have no makeup and I’m in sweats, I don’t feel like a vixen.”

Shirley Archer, a spokeswoman for the American Council on Exercise, said the Vixen workout is effective. “Everyone is getting their heart rates up and moving continuously throughout the routine,” said Archer, author of The Everything Wedding Workout Book.

“The best exercise for you is the exercise that you actually do,” she explained. “Making the workout fun, like a girls' night out at a dance club, is a great way to motivate women who enjoy dancing to keep on training, which is key to getting results.”

Jones said the women in the classes average 25 to 35 years old but some are in their 70’s. “My mother-in law takes the class,” she said. “All women need a time for themselves to be a little rebellious.” — Reuters

Eating less is more effective for losing weight than intermittent fasting
Cord blood stem cell transplant can save many lives
You can be young and still get a stroke
Want to remain fertile? Then change your lifestyle
Control your weight from young to avoid knee surgery when old
I'm pregnant and I just can't stop vomiting
Pregnant women at risk of death if they get infected with Covid-19
At least a million Malaysians suffering from long Covid
Why it's so chaotic at our hospital emergency departments
Try meditating to improve your gut health