Not even the lack of a trademark can cool sales of the original Sriracha.

WANDER down almost any supermarket aisle and it’s easy to spot one of the food industry’s hottest fads. Sriracha, the fiery red Asian chilli sauce, has catapulted from a cult hit to flavour du jour, infusing burgers, potato chips, candy, vodka and even lip balm.

That would seem like a boon for the man who made the sauce a household name. Except for one glaring omission.

David Tran, a Vietnamese refugee who built the pepper empire from nothing, never trademarked the term, opening the door for others to develop their own sauce or seasoning and call it Sriracha.

That’s given some of the biggest names in the food business such as Heinz, Frito-Lay, Subway and Jack in the Box license to bank off the popularity of a condiment once named Bon Appetit magazine’s ingredient of the year.

Restaurant chains and candy and snack makers aren’t buying truckloads of Tran’s green-capped condiment emblazoned with the rooster logo. Nor are they paying Tran a dime in royalties to use the word “Sriracha” (pronounced “see-RAH-cha”). A worker keeping an eye on the production line as freshly filled Sriracha sauce bottles move on a conveyor for packaging at Huy Fong Foods in Irwindale, California.

“In my mind, it’s a major misstep,” said Steve Stallman, president of Stallman Marketing, a food business consultancy. “Getting a trademark is a fundamental thing.”

Tran, who now operates his family-owned company Huy Fong Foods out of a 650,000-square-foot facility outside Los Angeles, doesn’t see his failure to secure a trademark as a missed opportunity. He says it’s free advertising for a company that’s never had a marketing budget.

It’s unclear whether he’s losing out: sales of the original Sriracha have grown from US$60mil to US$80mil (RM217mil to RM290mil) in the last two years alone.

Tran is so proud of the condiment’s popularity that he maintains a daily ritual of searching the Internet for the latest Sriracha spinoff.

He believes all the exposure will lead more consumers to taste the original spicy, sweet concoction – which was inspired by flavours from across Southeast Asia and named after a coastal city in Thailand. Tran also said he was discouraged to seek a trademark because it would have been difficult getting one named after a real-life location.

That hasn’t stopped competitors from scratching their heads.

Tony Simmons, chief executive of the McIlhenny Co., makers of Tabasco, said Tran’s Sriracha sauce was the “gold standard” for Sriracha-style sauces, which has largely come to mean any dressing that packs a piquant punch of chilli paste, vinegar, garlic and sugar.

Simmons was reassured by his lawyers that Tabasco would have no problem releasing a similar sauce using the name Sriracha.

“We spend enormous time protecting the word ‘Tabasco’ so that we don’t have exactly this problem,” Simmons said. “Why Mr Tran did not do that, I don’t know.”

NEXT: Other sauces using the name Sriracha As the ‘Sriracha’ name wasn’t trademarked, other companies are free to ride the wave of interest and market their own versions.

Other sauces using the name Sriracha

There are now a slew of sauces on the market labelled Sriracha, including variations by Frank’s Red Hot, Kikkoman and Lee Kum Kee.

“What we’re seeing among consumers is demand, not just for heat, but more complex, regional flavours,” said Beth Bloom, a food and drink analyst for Mintel. “With Sriracha, Huy Fong introduced a new style and a whole new category of hot sauce.”

Although Taco Bell and Pizza Hut are some of the latest national brands to experiment with their own Sriracha seasoning in tacos, nachos and pizza sauce, it’s Tabasco’s that has Tran admittedly sweating.

“My ‘rooster killer’ jumped into the market,” said Tran, borrowing a description he saw on a food blog. “They’re a big company. They have a lot of money and a lot of advertising.”

“Mr Tran got an awful big headstart,” he said.

After a limited release, Tabasco will distribute its Sriracha sauce nationwide sometime in the first quarter of this year, Simmons said.

It may be too late for Tran to successfully argue that the trademark belongs to him.

Two dozen applications to use the word have been filed with the United States Patent and Trademark Office. None has been granted for Sriracha alone. The word is now too generic, the agency determined.

“The ship has probably sailed on this, which is unfortunate because they’ve clearly added something to American cuisine that wasn’t there before,” said Kelly P. McCarthy, a partner and expert on brand protection and trademark issues at the law firm Sideman & Bancroft.

She said it’s not uncommon for popular products to lose their trademarks because they’ve become “genericised”, such as Otis Elevator Co.’s use of “escalator” and Bayer AG’s loss of “aspirin”.

Tran’s attorney isn’t so sure the same applies to Sriracha. 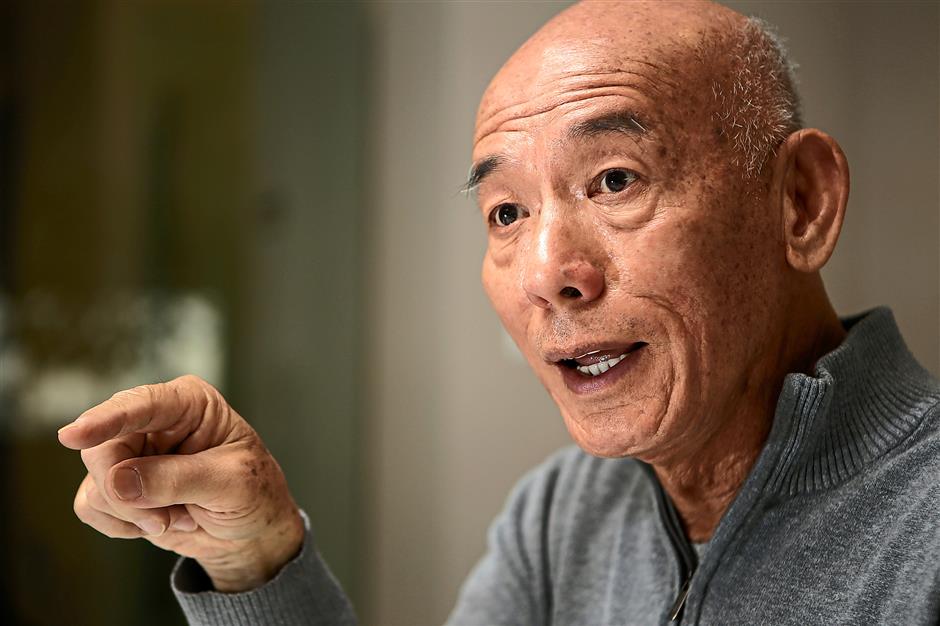 Tran, owner of Huy Fong Foods, is so proud of his hot condiment that he searches the Internet daily for the latest Sriracha spinoff.

Rod Berman, who was primarily retained 10 years ago to tackle counterfeiters, thinks many consumers still associate Sriracha with Huy Fong. He cited the mountain of publicity, films and growing sales as evidence.

“My instinct is to want to go after the people that used the Sriracha name,” said Berman, an intellectual property lawyer who has represented the Los Angeles Lakers, Pom Wonderful and Nordstrom.

But that’s not realistic, he says, especially for a medium-size company like Huy Fong.

“Large companies, the Mattels and Disneys of the world, try to protect everything and have the budget for that,” Berman said. “With smaller enterprises like Huy Fong, you have to pick and choose.”

That’s why Tran has gone after knockoffs of Huy Fong’s Sriracha from China. Unlike the name, Tran trademarked his rooster logo and distinctive bottle.

At the same time, Tran has signed licensing agreements with a handful of specialty producers such as Rogue, which brews a Sriracha hot stout beer packaged in a red bottle and green cap to look like Huy Fong’s signature sauce, and Pop Gourmet, which makes a Sriracha popcorn and will soon release a Sriracha seasoning spice.

Even with these partnerships, Tran doesn’t charge any royalty fees. All he asks is that they use his sauce and stay true to its flavour.

The Sriracha popcorn is the company’s No. 1 seller, and Israel has high hopes for the new seasoning, which took nine months to develop.

For the Rogue stout, Sriracha is added during the fermentation process. The beer quickly sold out.

“We could have gone and just used Huy Fong’s sauce, but we also wanted to use their name” and logo, said Brett Joyce, president of the Newport, Oregon, company.

RELATED STORY: Want to try making your own? Try this recipe for Next-Level Hotter Sriracha Sauce.

“A little kick, but to put Sriracha in the title is a little disingenuous,” Clemens said. “What makes the original so great is that it’s bold and kicks you in the face.”

Tran agreed his imitators fall short in flavour and spice, but like the trademark, he isn’t losing any sleep over it.

“David is fine with that since in some indirect way, we will still reap the benefit of the word ‘Sriracha’ being used,” said Donna Lam, Tran’s longtime deputy. “We seem to be the best-known Sriracha out there, and everyone seems to use our brand as the gold standard. If anything, we are proud we started the Sriracha craze.” – Los Angeles Times/Tribune News Services

¦ Since last year, Huy Fong Sriracha sauce has been available in selected supermarkets in Malaysia such as Jaya Grocer (RM9.90 for 500ml).