Although based in the UK, Ipoh-born Catherine Chin Wan Ping Coombes, who formerly worked as an assistant hotel manager of a private hospital, is still deeply proud of the taste of home. Now she’s made us all proud by winning the British version of the popular MasterChef reality show with decidedly classier versions of Malaysian favourites.

Surprising judges with a three-course meal that could’ve come from a Malaysian neighbourhood eatery, the 33-year-old wowed their expectations with her starter of wanton soup, main course of nasi lemak, and dessert of vanilla and coconut pannacotta with charred pineapple, freeze-dried mango and ‘pineapple and lime air’. Winning dishes: Coombes' three-course meal for the final challenge was truly Malaysian-inspired, albeit with a dash of plating magic. Seen in the top pic is her spread of three dishes comprising (clockwise from top) wanton soup, nasi lemak and vanilla and coconut panacotta. Coombes' creative touches came to the fore in the presentation of her wanton soup (middle pic) and nasi lemak (bottom pic).

Coombes’ Malaysian-inspired spread earned superlative comments from judges John Torode and Gregg Wallace. According to online reports of Coombes’ victory, Torode is quoted as saying of her starter: “It’s truly delicious. I don’t know how you made it. I wouldn’t be able to replicate it. It’s absolutely stunning.”

The Australian chef Torode added: “For me Ping is a cook’s cook, she gets her head down and she works really, really hard to make sure she reaches her goal. She is pretty amazing.” Meanwhile, veteran host Wallace quipped: “She inspires me, she excites me. And she cares so much. Rarely have I seen someone whose repertoire can span whole continents.”

Of her victory, Coombes compared its magnitude to when she gave birth to her daughter now-17-month-old Alexa: “The last time I felt such emotion was when my daughter was born. Something that you don’t get to experience a lot. Pure joy and pure bliss that feels incredible. Epic.” 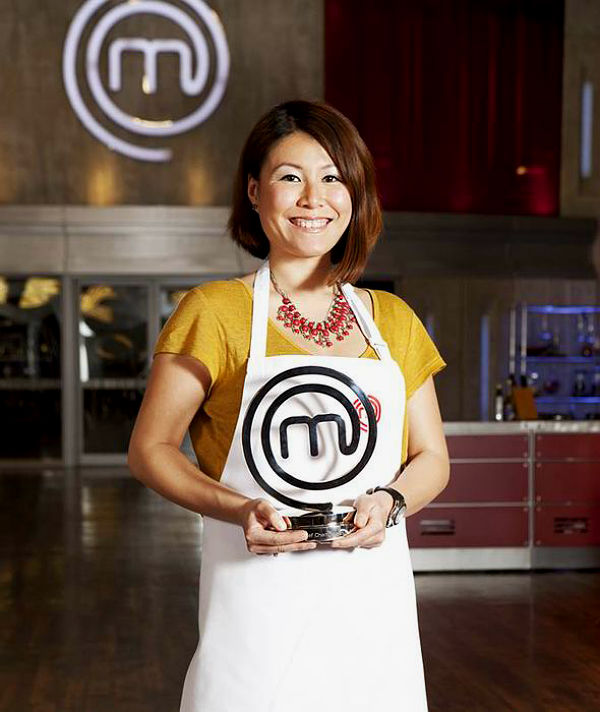 Coombes, who credits her mum as her main inspiration, compares winning the MasterChef UK trophy to giving birth to her daughter: "Epic."

Despite winning, Coombes was less optimistic about her chances being allowed to cook in her mother’s kitchen. “My mother will be really proud I’m sure. I say this a lot but she still won’t let me in her kitchen.” Coombes, who attributes her cooking skills to her mother and grandmother, stated that she first started cooking while studying in Oxford, and learnt to recreate her mother's dishes to satisfy her cravings.

On her plans after winning, Coombes said that she would like to learn more about East Asian cuisine and perhaps venture into the restaurant business or open a cookery school. 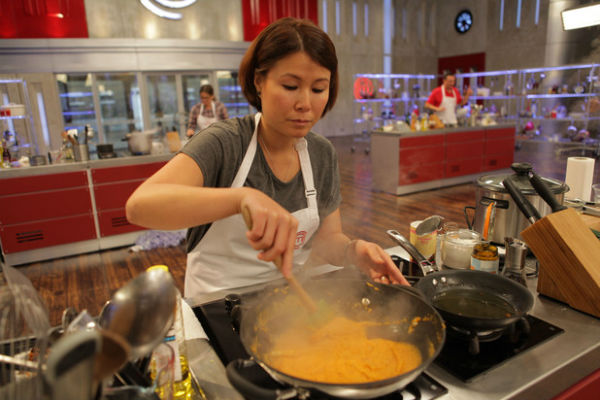 Working it: Coombes seen in action during one of the show's many cooking challenges.

Coombes won the final challenge of the tenth series of the annual reality cooking show, which aired on BBC One in the UK on the night of May 16, over her co-finalists Jack Lucas and Luke Owen. According to British bookies, Coombes was the clear favourite going into the finals after eight weeks of competition which saw her and her co-contestants cooking with surprise ingredients, feeding armies of hungry people, facing harsh criticisms and dreaded weekly eliminations.