The company’s printing facility is a green power plant, thanks to a photovoltaic installation.

Solar power generation is on the rise in Malaysia. With solar panels becoming cheaper and more efficient, households and businesses are finding it possible and worthwhile to install solar photovoltaic (PV) systems to produce renewable energy.

The energy can be supplied and sold to the national grid under the Feed-in Tariff (FiT) scheme, enabling homes and companies to generate revenue. If not sold, the solar power can be used within the buildings, reducing their dependence on fossil-fuel-based electricity.

The monetary rewards and “go green” factor drove Star Publications to embark on such a solar power generation project. The key initiator of the project was its former chairman Tan Sri Fong Chan Onn.

The company received the approval to generate solar power from the Sustainable Energy Development Authority Malaysia (SEDA) in April 2013 and by October, installation of the PV system started. In January 2014, the company started producing green energy, selling it to Tenaga Nasional Bhd (TNB) at a rate of RM1.18 per kilowatt hour under a 21-year agreement. Some 2,000 units of crystalline solar panels cover 4,000 sq m of roof space at Star Media Hub, the company’s printing plant in Bukit Jelutong, Selangor. Star Publications technical services manager Poh Lai Chung says the power generation capacity of the PV system is 500kWp (kilowatt peak) – the estimated peak energy that can be produced when the sun is intense and the panel surfaces are most efficient in tapping sunlight. (One panel or module can produce an estimated 250 watts of electricity).

“The 500kWp takes into consideration the 3.4 hours of irradiance received on average within the Shah Alam vicinity. We estimate our total energy generation to amount to 11,988MWh over the 21 years. Last year, we generated and sold 506MWh worth of energy and made RM598,633 in gross revenue,” says Poh.

“Along the way, we have helped TNB cut down carbon emissions by approximately 376 tonnes, which would have been released from the national grid system through conventional-supplied electricity.”

Poh says the total investment for the project was RM6mil, which will be recouped after nine years based on the return-on-investment calculation. By the 21th year, he says the estimated yield will be about RM14.16mil.

At the printing plant, rows of panels sit on the roof above the mailroom, the area where printed papers are bundled and mailed out. There are gaps between the array of panels in some areas so as to avoid shading. The arrangements follow alignment measurements made by consultants from Lantas Tenaga. Poh says additional structures were made in the mailroom to support the extra weight of the panels.

Besides installation works, materials and structural enhancements, the RM6mil also includes the cost of a solar inverter to convert the direct current produced by the solar panels into alternating current that can be supplied to the TNB power grid. A transformer is also used to step up the 300 voltage output of electrical energy from the inverter to 11,000 volts, to match the TNB substation’s feed-in voltage capacity.

“We did away with a battery bank as it requires a large amount of space, which isn’t ideal. A battery is only necessary for a stand-alone solar system that generates electricity for our own use and in this case, we aren’t,” explains Poh. (The battery is used to store the electricity to provide a consistent supply.)

He says electricity consumption at the printing plant at any one time necessitates three to five days of constant peak sunlight, which isn’t possible given the area’s low irradiance level. He expects higher generation of energy this year once technical issues are sorted out to optimise efficiency of the panels. Following this, he expects carbon emission savings of 423 tonnes per year from the 376 tonnes last year.

“Besides technical matters with electrical equipment, we also face problems like scratches on the panels as Bukit Jelutong is prone to strong winds. There are also dust, bird droppings and food residues as storks are frequently sighted here. So the panels have to be cleaned periodically.” 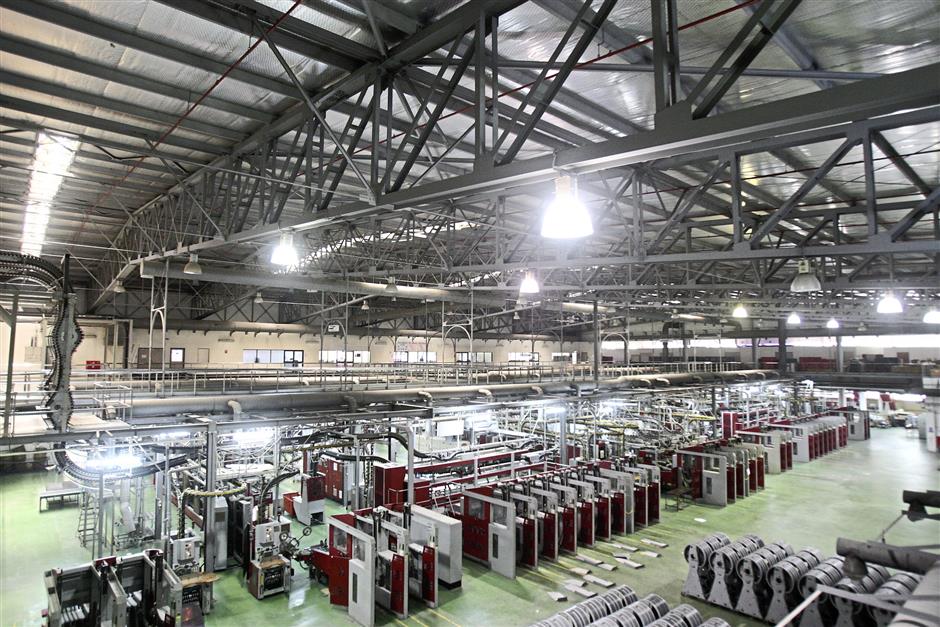 The solar panels are installed on the roof of the mailroom area. Photo: RAYMOND OOI/The Star

Poh says the company managed to secure a higher payment rate of RM1.18 per kWh based on two factors. Firstly, the panels are integrated into the building (unlike solar farms where the panels are installed on land, so the FiT rate is lower). Secondly, the solar panels are locally-manufactured, by Malaysian Solar Resources in Gambang, Pahang.

Star Publications technical services senior general manager Mohamed Hassan Mohamed Ali says the company’s green initiative not only serves as an additional revenue stream for the company but also supports the country’s effort to reduce its carbon footprint. The increasing use of renewable energy such as solar power is already having a positive impact on our carbon footprint.

Data from GreenTech Malaysia shows a slight drop in emissions from grid-supplied electricity, from 0.741 tonnes of carbon dioxide per MWh in 2012 compared with 0.747 tonnes in 2011.