MH370: Four conspiracy theories that almost got away with it

Location unknown: Do you know what happened to MH370?

How do you explain what happened to a Boeing 777 that vanished into thin air? Try these four conspiracy theories – or not.

A Boeing 777 disappears. Chaos ensues. A massive search is mounted. A year later, the trail still reveals nothing.

But look closer and you’ll find that MH370 left a number of clues: its transponder that stopped working, the diversion from its original destination to Beijing, U-turning somewhere over the Gulf of Thailand back to the Malay Peninsula, slipping in and out of radar detection, leaving in its wake a faint trail of ghostly pings.

Then there are the more troubling pieces of information: unverified sightings of a burning plane flying across the sea, disagreements between experts as to where it may have flown (and ended its journey), the identities of passengers on board and how they’re connected to the rest of the world, the failed search party, etc. The puzzle pieces are all there but piecing them together only deepens the mystery. But you can’t fault experts and amateurs for not trying. Judging from the numerous theories that have mushroomed all over the media and Internet to explain what happened to MH370, it’s obvious that no one is taking this lightly.

Even clearly ludicrous conspiracy theories involving North Korea, alien abductions, and the sudden manifestation of a “mini-blackhole”  that apparently sucked MH370 into another dimension – as suggested by CNN anchor Don Lemon – can be regarded as desperate bids to fill the void, for that is exactly what MH370 have left us with.

Among the most persistent conspiracy theories about MH370 is that terrorists successfully hacked into the plane’s computers and then remotely controlled its flight path.

Anyone who watched the Hollywood film Eagle Eye, in which Shia LaBeouf spends his entire time on screen running from the clutches of an all-powerful artificial intelligence thingy, should be familiar with the concept of cyber hacking: as long as something is connected to the grid, it can be remotely controlled. 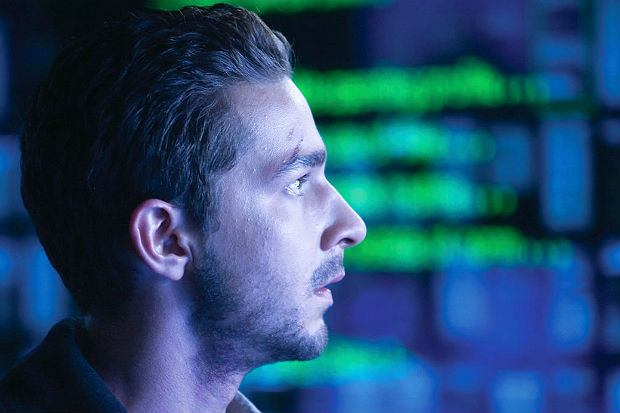 In the 2008 technological thriller Eagle Eye, Shia LaBeouf plays Jerry Shaw, who finds out the hard way that anything connected to the grid has the potential to be remotely controlled and turned into a weapon – thanks to cyber hacking.

But can it actually be done? Does the technology even exist to turn a Boeing 777 into a remote-controlled toy plane. Before anyone had a chance to chip in, Boeing's chiefs told everyone to shut up because its patented Boeing Honeywell Uninterruptible Autopilot system used by the B777s is apparently hack-proof.

Boeing's terse answer was supposed to end the discussion but then Tun Dr Mahathir jumped in with an endorsement of the theory that MH370 was a victim of “electronic hijacking”, which differs from a typical cyber hack in that the perpetrator already has access to the system and is somehow abusing their power from within.

In a blog post, Tun Dr M made allegations that “Boeing and certain agencies have the capacity to take over uninterruptible control of commercial airliners of which MH370 B777 is one.” The implication of his allegations is clear: MH370’s vanishing was an inside job.

With respect to Dr M, the rest of us can probably safely put aside the somewhat irrational assertion that Boeing is part of a global evil conspiracy that simply decided to sabotage one of its own planes for purely evil purposes.

The possibility of a cyber attack or electronic hijacking still makes compelling food for thought, however. Exactly how powerful have our machines become that we have begun to turn them into symbols of fear? At the recent opening of the 3D Art of Paradise Museum in Langkawi, former prime minister Tun Dr Mahathir Mohamed shows that he's not afraid of monsters, much less Boeing chiefs. – Bernama

On Dec 15 last year, a mysterious user with the moniker “Landlord” posted a curious prediction on Tianya Club, a popular China-based online forum. As with most predictions, most people simply dismissed it as nonsense. But 13 days later, on Dec 28, to everyone’s stupefaction, the prediction came true.

What was the prediction? Landlord wrote that an unknown international underworld group he referred to as “black hand” is out to harm Malaysian-owned airlines.

“Now, this group has aimed its sights on AirAsia. It too must be destroyed, since it also belongs to Malaysia. As this group is powerful, vicious and without mercy, I urge all Chinese to stay away from AirAsia to avoid another MH370 incident happening.” Portentous words galore.

So you can understand why, when AirAsia flight QZ8501 malfunctioned and crashed into the Java Sea on Dec 28, Landlord’s so-called prediction went viral and made headlines around the world.

But he leaves us with more questions than answers: Who are the shady players of this international conspiracy who wants to destroy the Malaysian aviation industry? And what secret weapons did they use to bring down the three planes? Is this the "black hand" that Chinese soothsayer Landlord was referring to? Peter Sellers as the eccentric Dr Strangelove in the 1964 black comedy Dr Strangelove or: How I Learned to Stop Worrying and Love the Bomb.

Lastly, who is Landlord? Shortly after making his prediction, he went “dark” just as MH370 did. Believers think he must be working for – or maybe spying on – Chinese intelligence in order to have access to such sensitive information.

Sceptics, on the other hand, think he may have been just an attention-seeking teen who merely backdated his post so it appeared as though he had seen into the future. Black hand, indeed.

Diego Garcia is a speck of an island in the Indian Ocean that’s been home to a US naval base since 1977. With a population of between 2,000 and 3,000 people at any given time, the island has ports for ships and submarines, communications and space-tracking facilities, and a military air base – meaning, yes, it has an airport runway.

For anyone else, an airport runway may seem standard issue for a military base. But for some conspiracy theorists, it’s crucial to their belief that MH370 was deliberately flown towards Diego Garcia so it could land there. This was partly based on the police discovery that MH370 pilot Zaharie Shah had been practising how to land on a short airport runway similar to Diego Garcia's on his home flight simulator. At first glance, Diego Garcia looks like an amazing island resort. But looks can be deceiving. The atoll, situated in the middle of the Indian Ocean, is actually a US naval base.

But what use would a naval base have for a Boeing 777 with a load of civilians, you ask? Some think that after he landed the plane there, it was kept in storage before later being used in place of MH17, and that the debris that everyone thought was MH17 actually was MH370, or something like that – sorry if it hurts your mind.

Subsequently, Chris Dugain, former head of France-based Proteus Airlines, took another approach to the Diego Garcia theory by saying the plane – whether hijacked by terrorists, or repurposed by the pilot – was used as a kamikaze bomb to destroy the base, reminiscent of the 9-11 terrorist attacks.

Dugain then goes on to say that the US military, realising the hostile situation, shot down the plane, cleaned up the evidence, and later diverted the search east of the Indian Ocean towards Australia.

Meanwhile, writer Nigel Cawthorne proposed a different theory that also involves the US military in his controversial book Flight MH370: The Mystery. Cawthorne claims that during a US-Thai military exercise in the Gulf of Thailand, MH370 was shot down in friendly fire, and that the US covered it up by diverting the search west towards the Indian Ocean. 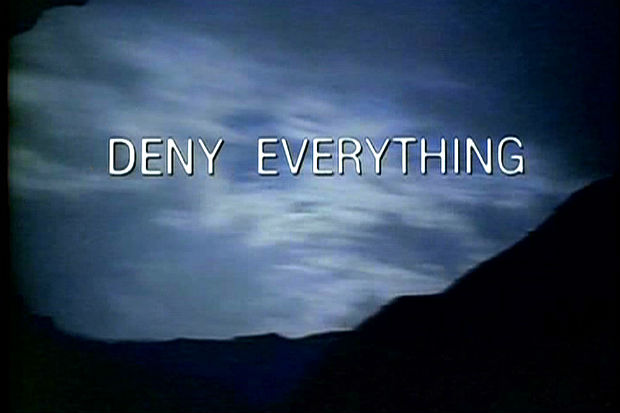 Well, it's a strategy that has worked time and again. And people seem to fall for it.

Built in the 1955 as a base of operations for the Soviet Union’s space programme, the Baikonur cosmodrome occupies a hallowed place in space travel history. Sputnik 1 (the first spacecraft to orbit the Earth in Oct 1957) and Vostok 1 (the first manned space flight, with Yuri Gagarin, in April 1961) both took off from Baikonur’s launch pads.

Currently under lease from the Kazakhstan government for use as Russia’s manned space launches and occasional missile testing, the Baikonur cosmodrome was happily minding its own business until Jeff Wise, in his capacity as a hired expert for CNN's coverage of MH370, just couldn’t make heads or tails from the conflicting satellite and radar data he had to interpret.

To make the numbers work, Wise decided on two things: the plane was hijacked by terrorists, and that the signal from the plane to the satellite tracking it had somehow been tampered with. He then traced a new flight path for MH370, based on variables such as the plane’s remaining fuel and how far that would carry it, a flight path that avoided most countries’ radars, etc.

Instead of south, the new flight arc he drew surprisingly headed north. And guess where it ended up? Baikonur. A mural of a flying cosmonaut welcomes visitors to Baikonur, home of the world's first and largest spaceport. Once part of the vast Soviet Union, it is now in Kazakhstan. – NASA

Wise even pinpoints the exact location: Yubileyniy Runway, part of the Baikonur cosmodrome. Then, from looking at past and present Google Earth images of the Yubileyniey, Wise noticed that it once had an enormous runway that could’ve easily fit a B777 – perhaps even keep it in some enormous basement hangar.

But why fly all the way to Kazakhstan? Wise suspects the Russians are somehow involved but, alas, even he admits that he doesn’t know exactly how.

If, at this stage, Wise’s theory seems to be backsliding to the halcyon days of the Cold War, that’s because it is. Why would the Russians steal a B777 for? If it truly had been the were a victim of a terrorist group, why have no demands been made to date? Are they waiting for something? What is it?

Maybe the gopher knows something...