Light it up: Christmas trees around the world

The Capitol Christmas tree, a white spruce from the Chippewa National Forest in Cass Lake, Minnesota, is seen at dusk on the West Front of the US Capitol in Washington, DC. — EPA

Travel around the world to see how the humble Christmas tree gets redesigned.

Tis the season to pull out the Christmas lights, but if you're in need of inspiration as to how to decorate your tree then look no further than the world's major cities, which have been busy trying to outdo one another with their festive displays for 2014.

Brazil is a nation that knows how to put on a show and Christmas is the perfect excuse. Billed as the “largest floating Christmas tree in the world,” its stunning festive creation on the Rodrigo de Freitas lake in Rio de Janeiro oozes holiday spirit.

Meanwhile the Shiodome shopping centre in Tokyo, Japan, has excelled itself this year with the “Canyon d'Azur”, a stunning blue multi-tree creation fabricated from thousands of LED bulbs.

Luxury department store Galeries Lafayette in Paris, France, has taken a unique approach and turned the festive season on its head with its gorgeous upside-down tree, while things are more traditional in Washington DC, United States, where Capitol Hill was lit up this week with the unveiling of a 27m high glittering fir. 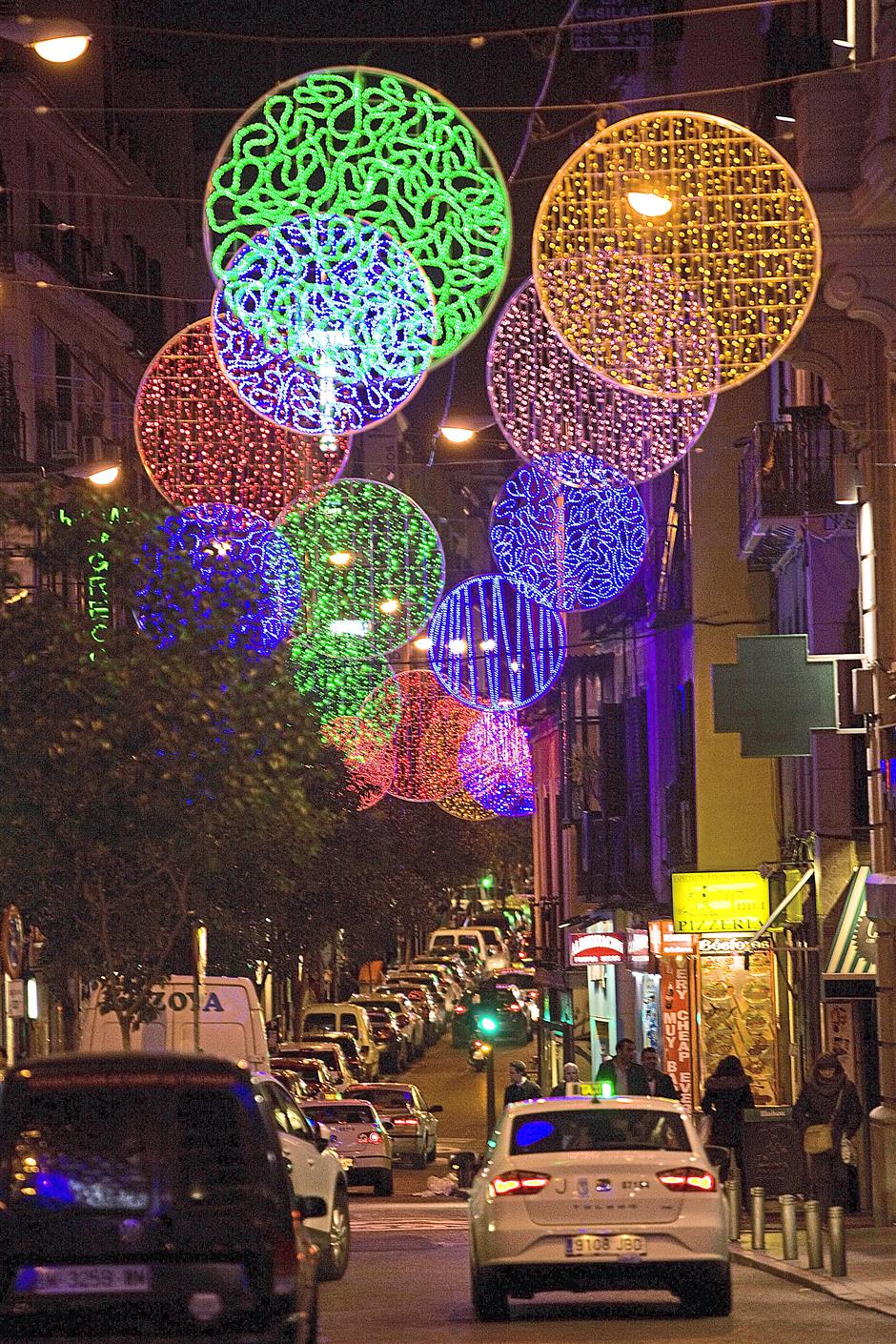 A taxi passing under the Christmas lights illuminating Hortaleza street, in the district of Chueca near Gran Via in the centre of Madrid, Spain. — AFP

In Europe the relatively mild Spanish weather hasn't stopped Madrid from getting into the Christmas spirit with a lovely light show on the city’s Gran Via, while in Germany, Berlin sets its annual towering Christmas tree at the famous Brandenburg Gate. In Britain, London has gotten all nostalgic for its childhood, with the city's Legoland theme park unveiling an 8m-high Lego tree made from 300,000 toy bricks.

And in Honduras, the biggest human Christmas tree in the world was created on Dec 1 by a total of 2,945 people, setting a new Guinness World Record and beating former reigning champion, Thailand. – AFP/Relaxnews