Life moments from a childhood in the 60s

A reader shares heartwarming stories of her childhood days.

Life in the sixties was vastly different from what it is today. Back then, a packet of fried meehoon cost only 10 sen.

I was the third of five children. We lived in abject poverty. Our daily budget for food was RM1.50 as my parents had to stretch their monthly income of RM200 to feed eight mouths.

Black and white television was introduced in Malaysia in 1963. Prior to that, the folks in my village got to see some free Western movies occasionally. A sponsor would rent a big reel of film and projector, and set up a mobile screen in the school field. People would flock to the field in the evening to watch the shows.

One of our better-off neighbours installed a television in their house. My eldest brother and I usually went over to watch cartoons like Donald Duck, Woody Woodpecker and Mickey Mouse in the evenings. We were not allowed to enter the neighbour’s house though. We merely peeped through the windows on our raised feet as we were short. We pressed both hands on the window sill for support. After a while, we got tired, and went home. 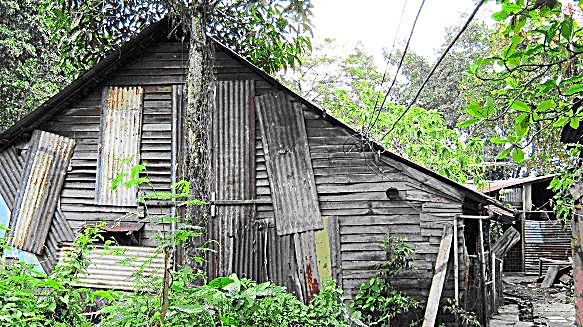 Occasionally, a local medicine peddler would set up a mobile movie screen at a vacant field in the village to promote his medicine. He would hit his cymbals to draw the villagers out of their homes in the evening. Attracted by the free movie, people flocked to the venue, complete with stools and big palm leaf fans to shoo away the mosquitoes.

Another interesting character was the “Dye Man”. He came to the village every two months to dye clothes. He made a clog, clog sound with a small drum with two wooden knobs attached to two strings on the drum. People who wanted to dye their clothes black, came forward. In those days, people dyed their clothes black when the clothes were worn out and the colour of the fabric had faded.

A man from the veterinary department could be seen riding his motorcycle into the squatter area, once a month, to neuter the cockerels. Back then, many people reared hens, cockerels, and some ducks in their house compound. It was fascinating to watch the man work. He held the birds by their wings and pressed his feet on them. Then he opened his bag, took out a pair of sharp metal hooks, slit open the side of the cockerel and used a nylon string, stretched between two fingers, to pull out the testicles with a swivelling movement. He knew the exact spot to make the incision. Each cockerel had two testicles which resembled an oval shaped fish roe. After the procedure, he pulled a tuft of feathers to cover the incision. He charged a fee for every cockerel he neutered.

Sometimes, a short, rotund man made his rounds, with a male swine on a leash. There were villagers who had a small pigsty in their compound. If they did not own any male pigs, they wouId commission the rotund man to get his boar to mate with their sow for breeding purposes.

Then there was the mattress repair man who would spread old and torn mattresses on a long, wooden bench and restitch them under the hot sun, for a small fee.

There were many houses which doubled up as mini cottage industries. There was this family who made wooden stools, while another family used timber to make wooden clogs. The husband and wife sat at opposite ends of a long saw and alternately pushed and pulled strenuously to saw the timber into wooden blocks to make clogs. Another family made wooden barrels for multi-purposes. They could be used as containers for holding water and rice as plastic ware was not introduced yet.

Some households made biscuits for sale and some made soya sauce. Not too far away, there was this man who made cooking pots, pans, trays and other utensils, with aluminium sheets.

Opposite his house was a man who prepared traditional Chinese medicine paste. He dried mounds of sticky, black paste on a piece of white paper, in front of his house. The breeze often carried the strong, pungent smell of the paste right across the neighbourhood.

The breadman made his rounds daily at three o’clock in the afternoon. He was a tall, big man who carried different types of bread in a round basket placed at the back of his bicycle. Every year, the breadman would return to India to visit his family, and an apprentice would relieve him during his absence.

Womenfolk above 50 tied their hair into a bun and wore dim coloured blouses with three-quarter length sleeves and black, loose pants. The richer ones would have one or two of their front teeth encased in gold for people to admire.

There was empty land around my house which was overgrown with wild vegetables. Many Indian women used to pluck them in the afternoon. They put them in a pouch, formed by rolling the front end of their saris. Most of these women chewed betel leaves as they went about their chores.

An ice-cream man used to make his rounds twice a week on a bicycle. He rang a bell and children would run out of their homes and crowd around his bicycle. He had a square metal box attached to the back of his bicycle. He stored all his “ice-cream potong” (ice-cream sticks) in this metal box. A rotating wooden wheel with the numbers zero to five marked on it was hung at the back of the box for the children to spin. Each spin cost 5 sen. The numbers were separated by nails which were carefully hammered in such a way that when the wheel was spun, the needle would point to zero or one when the wheel came to a rest. However, that did not deter the little ones from trying their luck.

As jobs were scarce during those days, people used their ingenuity to create jobs for themselves to support their families.

In those days, parents would be happy to earn enough to provide food and shelter for the family.

On certain nights of the week, I would be awakened by a foul, pungent smell which assaulted my nostrils. It was usually past midnight. I could hear the heavy footsteps of the night soil carrier as he passed by the side of the house. He wore a torchlight on his forehead and was often heard mumbling about the heavy load that night. He had a wooden pole straddled on his shoulders with a bucket on each end. The night soil truck could be heard a distance away, with its engine running, as the driver waited for the carrier.

I spent my childhood years in the wooden, attap house which had no electricity or water supply. On some rainy nights, I could hear the distant cries of cicadas and the croaking of toads. Our family of eight used to have dinner around a black formica table made by my father. We used an aluminium canister with a long cylinder that burned on calcium carbide and water for illumination.

Later on, we progressed to a kerosene lamp, which was the source of light for all of us in the wooden house.

My elder brother often played catapult with our neighbours. The catapults were made by cutting a Y-shaped twig from a tree. Sometimes, they played tops and marbles. The older boys would make kites and flew them in the evening. The strings of the kites were glazed with fine glass crystals. Often there would be a challenge to cut down the competitor’s kite by criss-crossing their strings. Once the string broke, the kite would drift in the sky and the owner and his supporters would be running around the houses, trying to retrieve the kite.

There were a few children around my age in the neighbourhood. We played hide-and-seek, hop scotch, five stones, and walked on wooden stilts. We tied many rubber bands into loops to form a skipping rope, drew diagrams in the sand and used tiny stones to play hop scotch. We often played until we were exhausted and sweaty.

On one occasion, we were playing hide-and-seek and the players ran around the wooden houses to try and find a choice spot to hide. In my haste, I stepped on a heap of smothering charcoal. An old lady had thrown the charcoal outside her house after she had removed it from her coal iron.

Children of those days hardly had any toys to play with, so we devised our own games. The girls made paper dolls, designed clothes for their dolls, and played masak masak (cooking). Sometimes, we found some mud and made pots and pans to play with.

In the early sixties, plastic was unheard of. Schoolchildren used an empty soft drink bottle, made of glass, as a water tumbler. I suffered cuts when a glass bottle broke and splinters cut two long incisions in my right palm. There were no fashionable PVC school bags in those days. School bags were made of rattan or canvas. People used yam and banana leaves to wrap raw meat, newspapers for other foodstuff, and hemp strings to tie up things.

Those nostalgic and colourful days are long gone and it is difficult for young people of today to visualise the simple life and hardship of yesteryear. 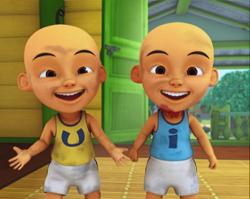 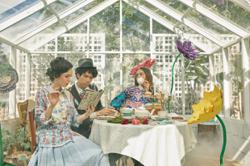