The KL Alternative Bookfest 2015 and Art For Grabs

There were controversial book launches, thoughtful forums, quirky art, and award-winning films at this annual meeting of book lovers and culture vultures. Though some food would’ve sealed the deal.

A book fair and a bookfest are not the same thing. Where a fair denotes the simple buying and selling of books, perhaps at discounted or promotional prices, a fest connotes the engaged exchange of books and the ideas they carry.

A fest is active; a fair passive.

The KL Alternative Bookfest (KLAB) 2015 and Arts for Grabs on the weekend before is surely the former of the two.

Held for the first time this year at Dataran Underground, the eighth edition of the two-day fest featured about 20 book stalls and 50 market stalls. 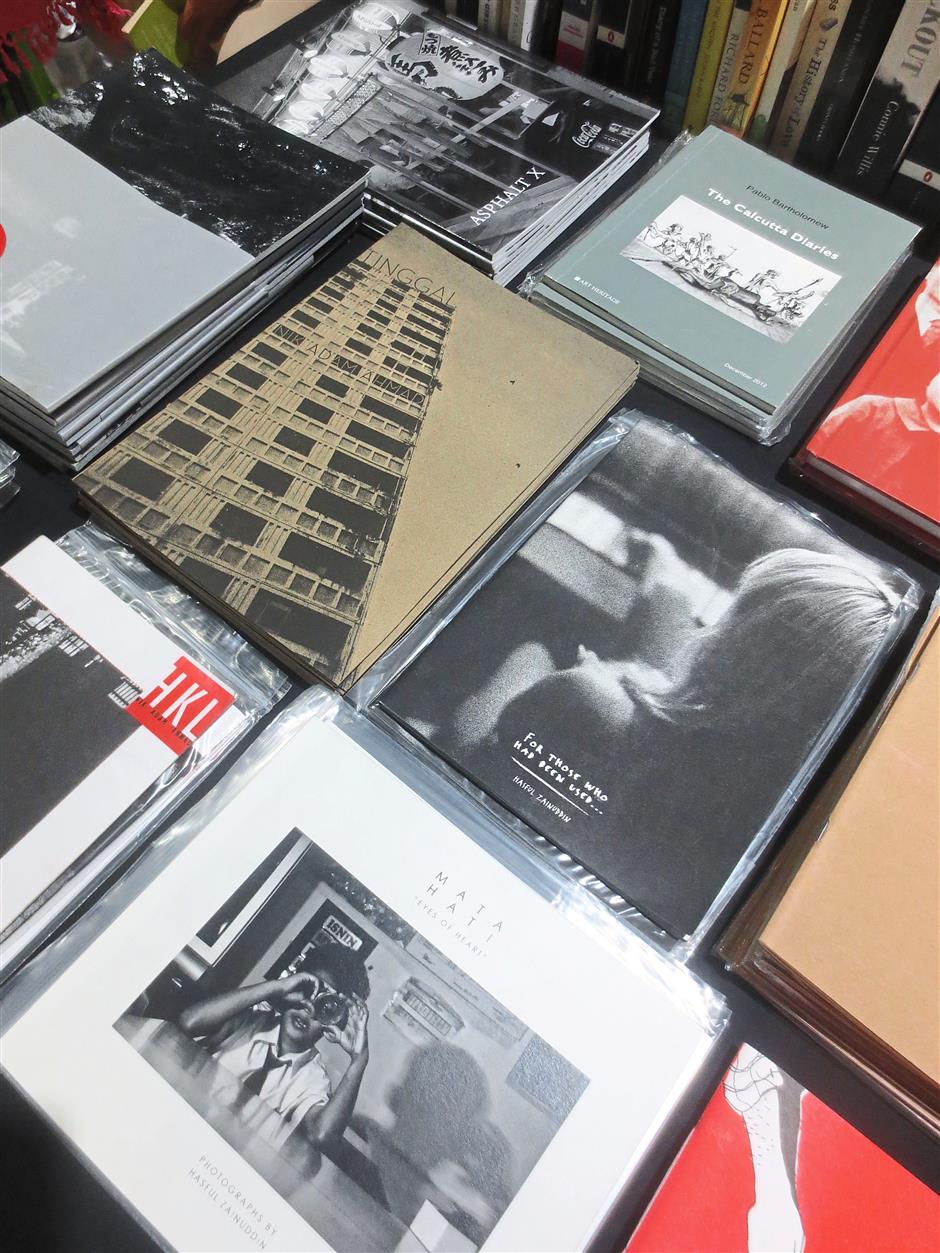 Among the gems we discovered at KLAB 2015 was the Kudalari Press booth and its photozines. Photos: LUWITA HANA RANDHAWA/The Star.

At the Kudalari Press booth, hidden gems in the form of photozines (photograph magazines) were on sale.

Nik Adam Ahmad Nik Rasdee’s Tinggal (Abandoned) is a documentation of the Pekililing Flats right before they were demolished last year. Printed in black and white on craft paper using a self-bought risograph machine (a digital printing system), his photos capture the haunting inactivity of a vacated and soon-to-be nonexistent place of residence.

“There was something romantic to me about the flats and it felt like a calling for me to capture them,” he explained.

“The students don’t have sight so they use their hearts for looking. This is what I wanted to capture, and I felt I could do this best with photographs,” he said. 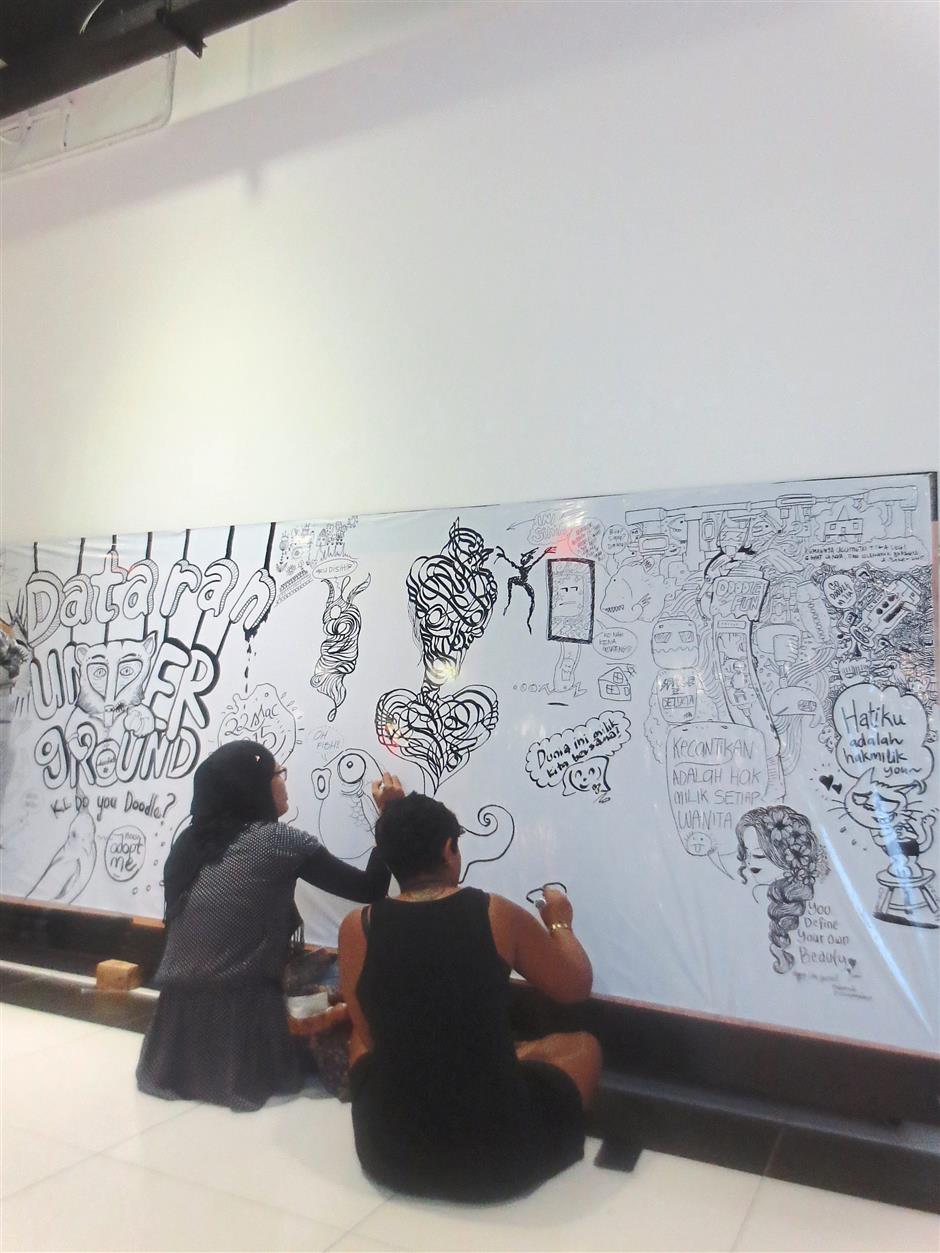 From blank canvas to doodle masterpiece.

Sitting alongside visual works of non-fiction at the bookfest were, of course, those of written fiction.

Author Faisal Tehrani launched Cerpen-cerpen Underground (Underground Stories), an anthology of short stories that he has written over the years.

“For me, ‘underground’ means not approved or recognised. Because my stories deal with things like politics and sex, they were not accepted by mainstream publishers. Thukul Cetak (his publisher) gave me a space to get them published,” he said.

KLAB hosted three forums this year: “Dreaming Big: Can Malaysian filmmakers make their dream films in Malaysia?”, “Language & Activism: Help or Hindrance?” and “The Perils and Pleasures of Talking About Sexism”.

Presented by Finas (the National Film Development Corporation), and held in conjunction with the 27th Malaysian Film Festival and KL Converge that will take place in August and September respectively, the films were shown on a loop during the two days of the fest.

Instead of chairs and benches though, bean bags and picnic mats were laid out for a more relaxed and friendly viewing atmosphere.

Nadira said that good local films do exist; they are just not getting enough recognition. Handmade jewellery by the Black Puppeteer.

“Many of the independent filmmakers in the showcase have gone overseas for festivals but still only attract a niche audience here at home. So this is a good opportunity to get people to recognise who they are.

“If we can support Lee Chong Wei and Nicol David, then we should support our local filmmakers too. They are ambassadors of the country too.”

Meanwhile, Ragut (Snatch), a new short film directed by Razif Mt Zain, had its premiere at the fest.

Other than a reading of Hikayat Raja Babi (The Tale of the Pig King), a piece of classical Malay literature written by Usup ibn Abdul Kabir in 1775, there were no live performances at this year’s KLAB.

But on the second day, a live Doodle Battle took place, organised by Doodle Malaysia.

Two canvases were laid out and visitors were free to pick up a marker pen and start doodling.

At the end of the day, what began as a blank canvas had become a collective doodle masterpiece.

Since starting the Facebook group two years ago, Doodle Malaysia founder Faizzal Fah’d has amassed a community of more than 4,000 members who showcase their work daily on the online platform.

“I created the group because I was sick of waking up and seeing negative things on my newsfeed. Now when our group members open their Facebook at the start of the day, there’s something positive waiting for them that’s sure to make their day,” he said.

“But we try to get our doodlers to meet up and share their ideas and talent in real life too. It’s important to break that cyber barrier.”

The market itself was a mixed goodie bag of handmade art, crafts, jewellery and accessories, including one booth that was selling bags made out of rejected seatbelt material. 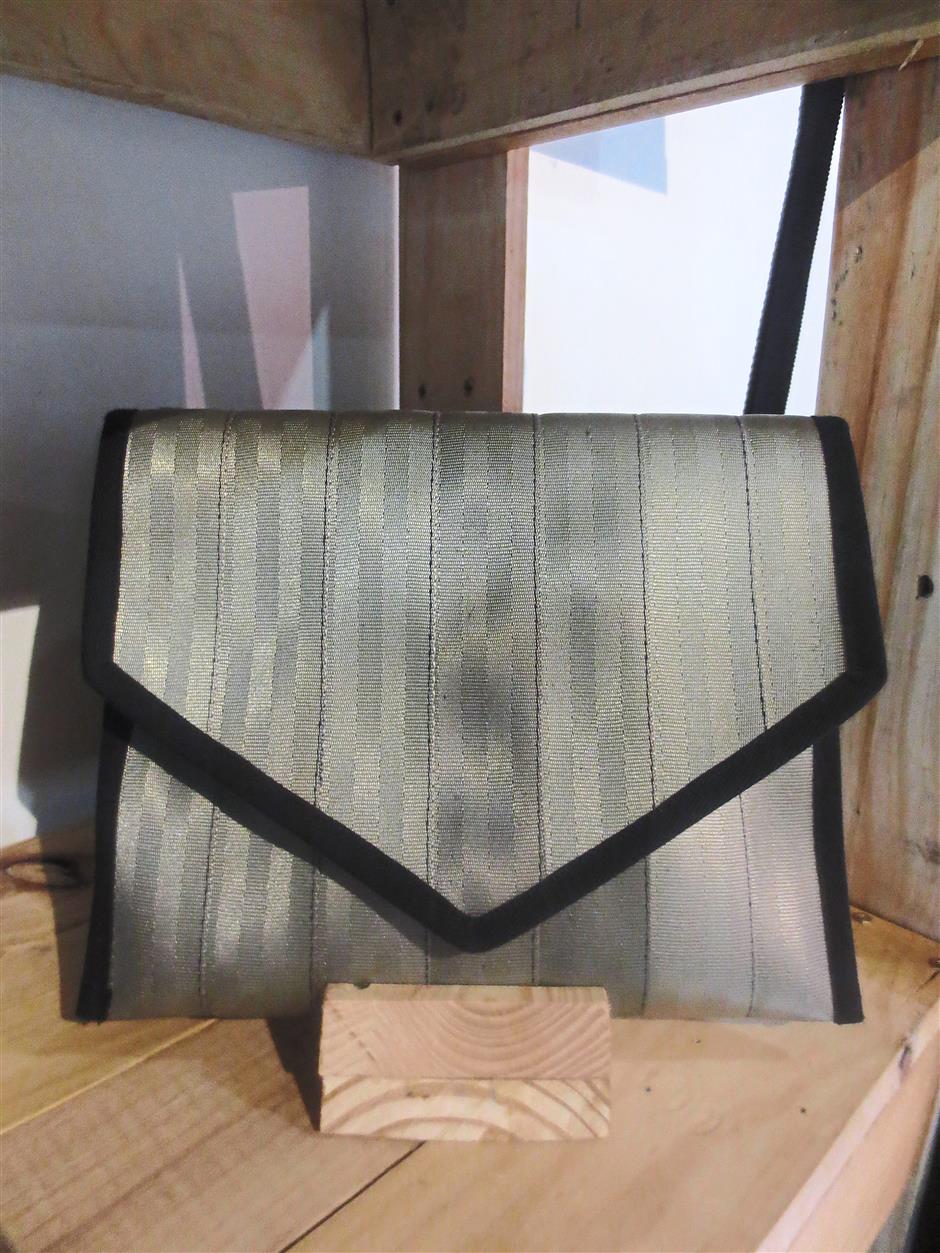 Aside from a burrito stall, however, there was a distinct lack of proper food on sale.

And because Dataran Underground’s “food court” consisted of just two functioning vendors, all in all, peckish visitors found themselves in a bit of a pickle.

Additionally, the layout of the venue, with its many wings, meant that the fest was a bit too spread out. Its energy and buzz dissipated, and at times it didn’t really feel like an event was taking place.

But at least the air conditioning was in working order, which was not the case at last year’s venue, the Central Market Annexe.

“We wanted a venue this year that was accessible by public transport,” said event organiser (and founder of indie publisher Fixi) Amir Muhammad.

Being just a short walk away from the Masjid Jamek LRT station and with 500 parking bays, Dataran Underground seemed a good venue choice.

An unexpected police roadblock around Dataran Merdeka on the days of the fest, however, could have contributed to the lower crowd numbers.

Despite this setback, Amir said he was happy with this year’s turnout.

“We wouldn’t mind having the fest here again next year, but it will depend on whether it’s available. We haven’t looked into that yet.”