Accelorators and their role in the knowledge economy

A NUMBER of incubators, both private and government funded, have sprung up in the Klang Valley over the past few years as the Government pushes for the growth of more local tech entrepreneurs and startups.

While incubators help in the development of startups by offering things like office space, professional services and business advice, it is hard to ignore the fact that many of them remain unoccupied.

Thus, when Cyberview Sdn Bhd was given a new mandate to develop Cyberjaya into a global technology hub, its technology hub development division head, Nazri Tumin, decided against setting up more incubators.

“Incubators are a thing of the past,” he said, opting instead to set up a vibrant accelerator programme.

Cyberview’s search for a suitable partner led them to Bikesh Lakhmichand, chief executive of iTrain (M) Sdn Bhd, a regional IT training company, which resulted in the birth of 1337 Accelerator. 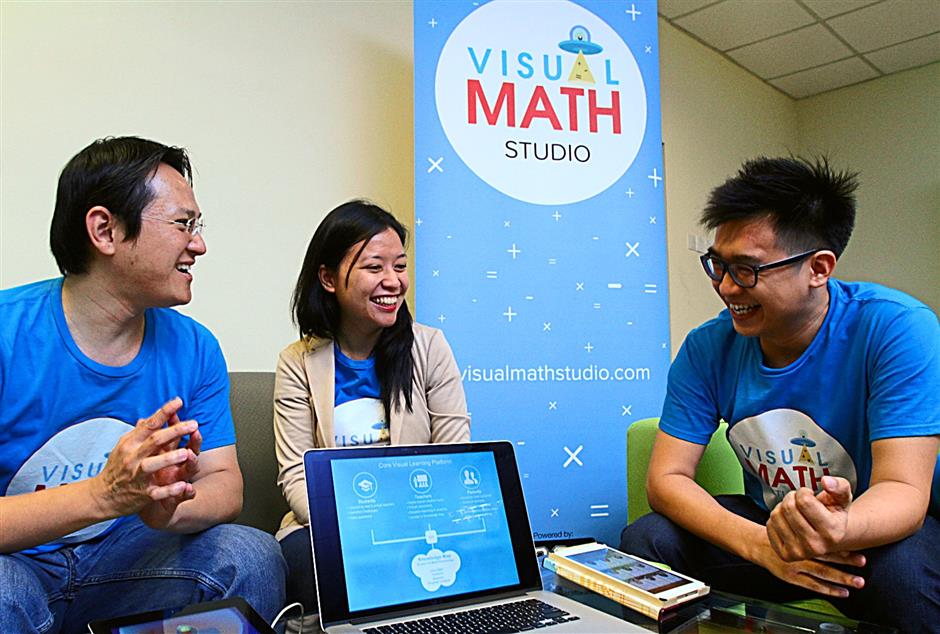 (From left) Ng Wei Chong, founder of Visual Math, and co- founders, Goh IMing and Joann Soon, believe that gamifying math will make it easier for children to learn their numbers. The app also enables teachers and parents to monitor their children’s progress.

For the uninitiated, 1337 is pronounced as “leet”, a term used by gamers, which Bikesh said stands for the “elite” teams that are allowed to participate in its accelerator programme. According to Bikesh, 1337 is the first and only accelerator in the country.

The venture, which started in March last year, received government funding of RM5mil to invest in startups.

1337 Accelerator has two intakes a year, in March and September, where budding tech-entrepreneurs apply to join the programme to develop their mobile-app ideas and take them to market.

The programme receives about 150 applicants at each intake but only has space for 10 teams. 1337 Accelerator has invested in 16 start­ups so far and will be preparing for its next intake soon.

“When Cyberview came to us and wanted to create a space for a tech hub, we didn’t want it to be another white elephant which is what some incubators have become. So from day one, we ran it as a special programme,” said Bikesh.

Incubators generally provide support processes that speed up the successful development of startups with an array of targeted resources and services, which may also include some aspects of accelerator programmes.

But the difference between an incubator and an accelerator, explained Bikesh, is that an accelerator is more focused on a structured programme and mentoring, giving participants a three-month time frame to get their products out to the market. 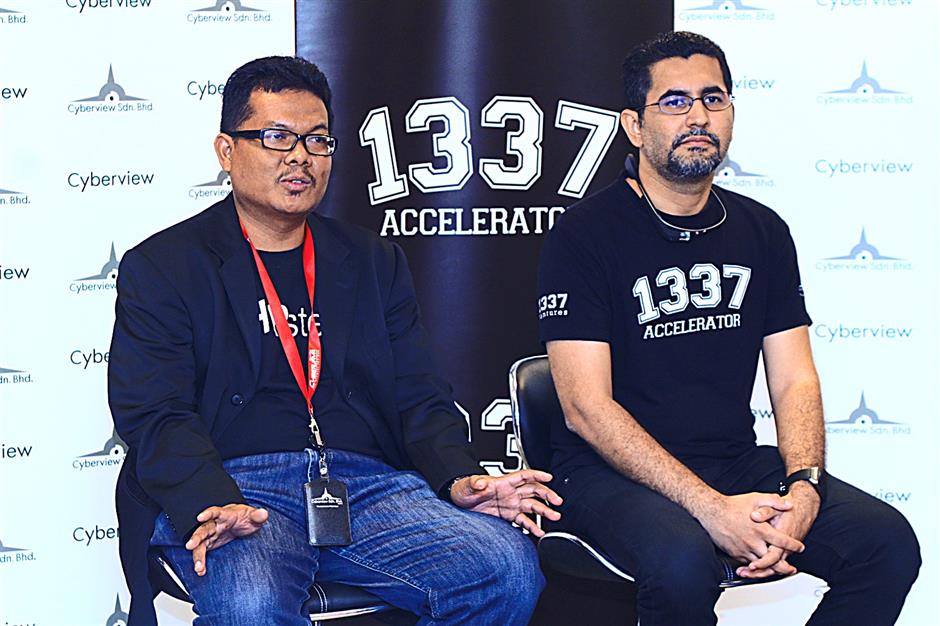 Nazri (left) and Bikesh believe that accelerators are the way of the future for startups.

Accelerators make an investment in the companies that have enrolled in its programme and are directly involved with the development of the startup.

An incubator, on the other hand, runs accelerator programmes and provides mentoring on an adhoc basis. As Nazri explains it, incubators are more of a “property play”, relying on rental of office space rather than investing in startups.

While there have been success stories from local incubators, many also think that a lot of “incubatees” remain fledglings for a long time.

“We invest in the best minds in the country. The teams here have to earn their way into the programme. They have to pitch their ideas to us and they have to get past a stringent panel to see if they have an investor-worthy idea and can contribute back to the ecosystem.

“In this accelerator programme, you have to follow the structure because we want everyone to be on the same page. You work on your product for three months and then you get out. And if you don’t meet the deadline, you pay a penalty and get out,” Bikesh said.

Both Nazri and Bikesh emphasise that accelerators are the way of the future for startups, noting that the trend is growing globally to create a more vibrant startup community.

Startups that have enrolled in the accelerator programme say they have found it of great help in developing their products for the market.

For Ng Wei Chong, founder of Visual Math, who had been labouring on his project on his own for the past six years, having an intensive three-month programme with access to mentors and funding was a big boost.

“When you are on your own, you have to do everything, including content, programming and marketing. It was tough. Having a programme like this basically accelerated everything I did over the last six years in just three months,” Ng said.

Visual Math co-founders, Goh I-Ming and Joann Soon, agree that being in a focused programme such as 1337 Accelerator also provides a community of startups that will motivate and drive each other forward to meet their deadlines.

The programme also provides them with a platform to pitch their product to investors and the Visual Math team is currently in negotiations for follow-on funding.

But not every startup idea is a success. Bikesh says that one of the biggest downfalls for startups is that they do not have ideas that are market-worthy.

“Some of them think it is easy. A lot of them have their heads in the clouds. They need to be willing to learn to succeed and they need to sustain their ideas as a business. And we are talking about being a regional play,” he said.

And while accelerators provide startups with all the necessities for them to succeed, Nazri added that startups are responsible for their own success.

“We have achieved a lot since March last year. 1337 is also a good platform for startups to validate their ideas. They must be commercially viable ideas. And they are responsible for their own growth and success. It is their business,” said Nazri.

Bikesh hopes for at least a 30% success rate with its participants. As an accelerator, its revenue comes from the investments it has made in startups.

And if all goes well, 1337 Accelerator may look into expanding its model into more locations to get more startups.