A CAR with no steering wheel, accelerator pedal or brake pedal? The company that brought us the innovative Google search engine is now developing a “rounded, almost cuddly-looking two-seater” self-driving car as described by a California-based daily.

Is the market ready for it?

To make sense of this development, KPMG LLP in its “Self-Driving Cars: Are we ready?” report uses its business intelligence applications to get insights and current sentiments about self-driving technologies.

From the data available publicly, including comments from Internet users and proprietary sources, such as customer relationship management and sales data, the US audit, tax and advisory services firm also conducted focus groups for further qualitative insights.

This is just one of the use of business intelligence suites to gain insights into users that help decision-makers on their next course of action.

Joining in on the trend, Datamicron Systems Sdn Bhd was founded in 2002 to provide business intelligence and big data-related solutions.

Big data relates to large and complex collection of data sets that is difficult to process using traditional applications. Its co-founder and managing director Jimmy Ting Heng Toon said they have invested millions of ringgit in the company before getting the first client in 2004.

“Almost all corporation databases function in silos. We extract data from various databases provided to us by our clients and merge them in the data warehouse, where from there, we do analysis of the data to provide our clients with business intelligence and predictive analysis, which in turn, would help them in their decision-making process,” he said. 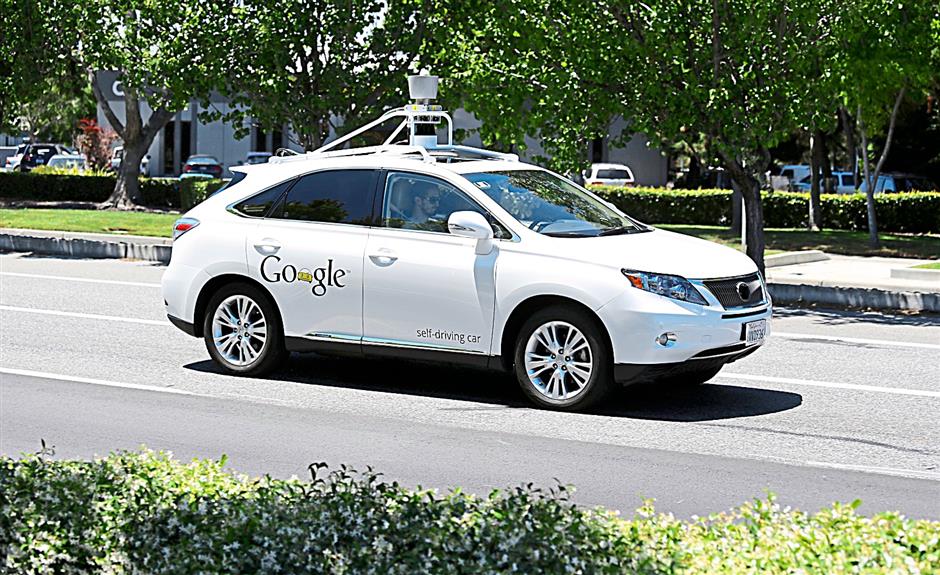 A Google self-driving car goes on a test drive near the Computer History Museum in Mountain View, California. Four years ago, the Google team developing cars which can drive themselves became convinced that, sooner than later, the technology would be ready for the masses.

Starting with four employees in a 1,000 sq ft office in Kuala Lumpur, the company has now expanded to 30 staff members across three offices.

The former engineering director of a global hard disk manufacturer said the process begins with understanding the client’s information technology (IT) infrastructure. This includes locating all the sources of information and subsequently building a data warehouse.

During the extraction process, he cautions that understanding the transformation rules, which determines what data to extract is pivotal.

“Once it is finalised, we move on to develop the front end tools, which come in a user- and visual-friendly dashboard with predictive capabilities to display the analysis,” he said. Global Sales Performance Analysis - allows the user to monitor each division or subsidiaries in various countries.

Their application, the Performa, is a web-based application that runs on desktop and mobile devices without requiring software installation, allowing added flexibility and mobility.

Adding that it works like most spreadsheets or powerpoint presentations, he said they utilise the familiar “drag and drop” function where users can customise their dashboard design.

Examples of information that could be derived, depending on the industry, include sales, top ranking customers, inventory, financial transactions, machines’ efficiency, non-performing loans, with sentiment analysis from social media feeds.

“For the banking industry, it gives a bigger picture of their clients. Instead of just looking at their borrowings, the dashboard will be able to display their deposits, investments and trade facilities at a glance. They can also analyse their bank’s performance to see if the operational cost and deposit ratios are too high. It is also able to trigger an alert if a certain threshold is breached,” he said.

However, Ting said what made their company different from other big data management providers was that they only marketed the software without the implementation.

The MSC-status company had won numerous awards and their clients included those in the government, retail, financial services and technology sectors in seven countries, including Singapore, China and Indonesia.

The company had also received their patent in China and was waiting for the US and Europe patent for their navigation dashboard.

Having spent about RM400,000 to patent the multiple layered dashboard, which can be divided into multiple frames, he said it enables the user to create multi-path, multi-level visualisation and navigation.

A Datamicron Systems contract ranged between RM300,000 and RM5mil, depending on the number of user licences and the complexity of the services, which could include building a data warehouse from multiple databases.

Moving forward, he said the company was developing a new big data processing system that was able to process structured and unstructured data at higher speeds and reduce implementation period from between two to eight months to between one to two weeks.

Currently using Apache’s open source software, Hadoop, he said the algorithm for the framework has been helpful in converting unstructured data to structured data which could be used to yield meaningful, analysable data.

The quest is to cut the map, reduce duration and increase accuracy, said Ting.

Having hired a few doctorate degree holders in applied mathematics to develop a new algorithm for its latest innovation — “InstaBI” — with back end ‘Big Data’ system and front-end running on cloud technology, he said they are looking for a potential venture capitalist to invest in the marketing of this product later.

“The future is in big data, predictive engines and cloud business intelligence. We have to find ways to make it less costly and faster for our users,” he concluded.