Developers are turning to area for its growth potential

These days Kajang in Selangor is all abuzz with talk of the coming by-election for the constituency’s state assembly seat.

In recent weeks, the town has been visited by various political personalities eager to make a good impression on the local folks.

But Kajang has been on property developers’ radar for years.

Developers have not only flocked to Kajang for its strategic location on the outskirts of the city, but also because of the potential they see in the porperty market there.

Kajang, developers point out, is primed for higher-end products. More and more gated-and-guarded projects are being developed in the area and property prices have doubled over the past three years or so.

“There has been an increase in demand for high-end properties in Kajang. This is clearly demonstrated through the good response received from buyers as our high-end products launched in recent years are almost fully sold,” said Chong Yan Han, director of property developer. 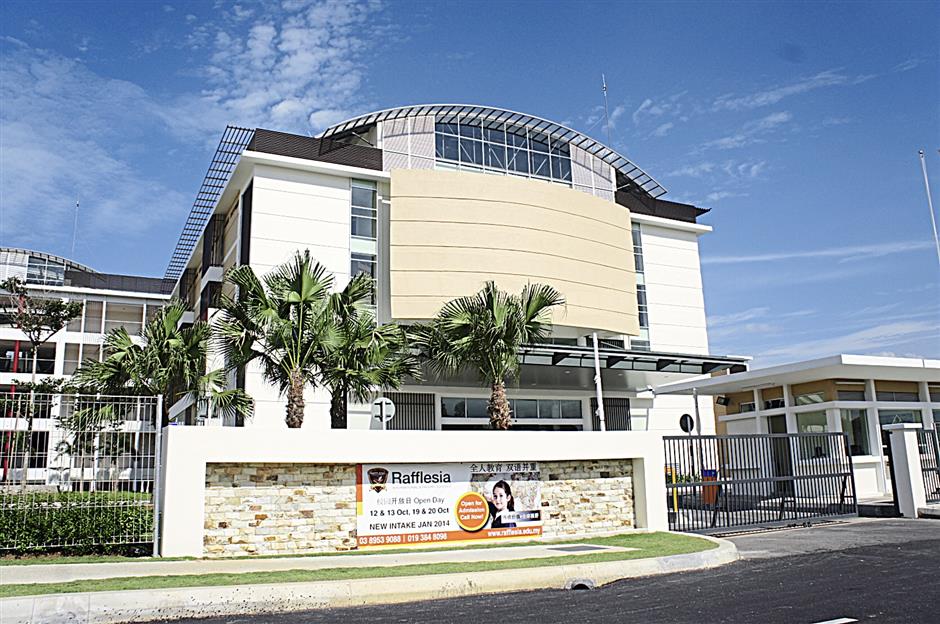 Strong demand for private schools such as Rafflesia School, which was built by MKH Bhd, is an indication that Kajang has a market for high-end products.

executive marketing and sales director Pam Loh concurred that while Kajang was an old market, “this is where the potential is”.

She added that property prices were going up due to the rising cost of land, materials and labour.

“Costs are going up and the surrounding area is also coming up. So prices won’t come down,” Loh said.

One of the hotspots for high-end developments in Kajang is within the vicinity of Jalan Reko, which is the location of one of three Kajang MRT stations planned along the Sungai Buloh-Kajang MRT line. The other two stations are Saujana Impian and Bandar Kajang.

Nadayu Properties Bhd can be considered a pioneer in the gated-and-guarded concept in this area.

Amid plantations and undeveloped land, Nadayu launched its exclusive project, Nadayu 92, in mid-2010.

The development comprises linked homes, semi-Ds and bungalows with facilities such as a clubhouse and a central park.

Houses in Nadayu 92 were priced between RM433,000 and RM1.02mil, then considered a benchmark for Kajang. But Nadayu chief executive officer Mohd Farid Nawawi noted that the gamble paid off handsomely for the developer.

“Surprisingly, 50% was sold off in two months of the launch. This gave the group the confidence to move more in that direction. What is interesting is that the gated-and- guarded concept was relatively new there. But it was a good catalyst for developers,” Farid said, adding that transaction prices for its properties had risen significantly.

Farid expects the landscape in Kajang to be changed tremendously by 2016.

Adjacent to Nadayu 92 is MKH’s Kajang 2, a 270 acre freehold township fronting Jalan Reko. Kajang 2, designed as a live, work and play development, is expected to draw a population of 25,000 to 30,000 people. The project has a gross development value of RM2.8bil and will take some seven years to complete. A rendering of the 16-acre Central Park in Tropicana Heights, Kajang, which will feature a 750-metre linear lake.

Tropicana has also joined the fray with its integrated development, Tropicana Heights Kajang. The project, with an estimated GDV of RM2.3bil, sits on 199 acres of freehold land, which was previously the Kajang Hill Golf Club.

Prior to the launch of its first phase last month, Loh said more than 10,000 enquiries had poured in for the gated-and-guarded residential area.

“People are increasingly looking at the environment they are living in. They want a better and more modern lifestyle, which demands quality, not just a box with four walls and a roof. They are also looking at the potential for value appreciation,” said Loh.

She added that the challenge for new developers in the area was to develop products that were market driven.

“The area is surrounded by old houses, with a lot of second- and third-generation occupants.

“Most of them want to move out but want to remain close to their families. We need to understand our target market’s lifestyle and come up with designs that meet that demand. We are offering what old areas don’t have,” she said.

Another high-end development in the area is Naza TTDI’s 113 acre TTDI Grove.

Although prices have risen quickly in Kajang, developers think that they are still affordable compared to other locations around the Klang Valley.

“Houses in Kajang are generally much more affordable compared to other areas of the Klang Valley. In Kajang, you only pay RM700,000 to RM1mil to own a landed home in a gated-and-guarded development with club house facilities. An artist's impression of the Nadayu 92 development. Nadayu Properties CEO Mohd Farid Nawawi says the project is paying off handsomely.

“Housebuyers may have to pay almost double that price for the same concept and size in other areas,” he said.

Additionally, Chong noted that there is a ready market for high-end properties in Kajang and expects more buying interest there due to the affordability and good infrastructure available.

He observes that the majority of MKH’s customers for its Kajang properties are genuine homebuyers who wish to upgrade their current homes as well as young people migrating from other parts of Klang Valley as property prices in those areas have risen beyond their reach.

Notably, there is also a sizeable portion of buyers who are long-term investors from Petaling Jaya, Damansara, Kuala Lumpur and Cheras.

“We may think Kajang is not a high-end area, but there are international and private schools here, which really shows you that there is a high-income population there and there is a ready market. We are meeting a need for such products,” Loh said.

Consumers can expect more activity in the area as developers position themselves to take advantage of the growing demand for high-end properties there.

MKH is already embarking on the redevelopment of the old Kajang town and will continue to expand in the Kajang area, creating what Chong describes as a more vibrant business district.

“With our commercial developments coming up, skyscrapers will create a new skyline for Kajang town. This will not only bring people to live here, but to work and play in the new vibrant commercial business district,” Chong said.