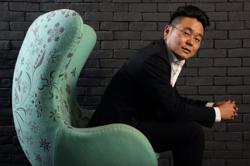 worth RM600 million and two blocks of apartments, on wakaf land, with a GDV of RM23 million.

"Shop offices under the Arcaria series would be launched next month with selling prices of between RM800,000 and RM1.6 million involving 114 units," he told reporters after breaking fast with 70 orphans from Pusat Inapan Kasih Sayang, last night.

He said there was demand for the Arcaria project, however, potential buyers faced difficulty in securing loans as a result of tight lending policies by Bank Negara Malaysia.

He said UDA was working with several banks by presenting them the merit of the project, as well as, offered packages with furniture or electrical items to attract buyers.

Mohamed Marzuk said a gated and guarded lifestyle project would be launched in Bertam, worth RM600 million, consisting of double and three-storey bungalows.

He said the 68-unit apartment project on wakaf land would be a collaboration with the Penang State Religious Council and would be launched next month.

Besides Penang, Mohamed Marzuk said UDA also planned to launch shop offices and serviced apartment, a project in collaboration with Perak State Religious Council in Ipoh, Perak, early next year with a GDV of RM32 million.

He said UDA would also partner the Perlis State Economic Development Corporation this year to develop an integrated project in Kangar consisting of a 12-storey office building, shopping mall and shop offices with a GDV of RM106 million. 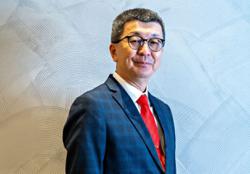