KUALA LUMPUR: Low-profile oil and gas player Tan Sri Tan Kean Soon, who has shot into prominence of late for allegedly the wrong reasons, has broken his silence over certain allegations at Tanjung Offshore Bhd.
In refuting what has appeared in the media in the last fortnight, Tan said he would soon tell his side of the story so that shareholders would know the full picture.
Tan, a non-independent director of Tanjung Offshore, has been suspended from his paid executive position in the largely oil and gas company along with another senior official, Muhammad Sabri Abdul Ghani by Tanjong Offshore after the latter's independent committee completed its findings over possible conflicts of interests and breaches of fiduciary duties.
Another paid adviser, Datuk Harzani Azmi, has been suspended for breaches in procedures and lapses in internal controls.
"What has been told so far is only one-sided and I am certainly blameless," Tan said in an interview, vowing to inform the public what had happened ever since he bought into the company some two years ago.
Stressing that he had nothing to hide, Tan added that all he wanted was for Tanjung Offshore to be properly run by professionals who knew the business well in order to fully realise the country's valuable energy natural resource.
Tan currently holds about 8.0 per cent of Tanjung Offshore after taking up a private placement two years ago with a view to partner and bring synergy to an established oil and gas player.
In the last few months since he was appointed a non-independent director, Tan claimed he had uncovered some deals which the management was not able to give satisfactory answers.
"I hope to expose all these at an appropriate time so that shareholders will know who is telling the truth," he said.
Tan, who started out in the oil and gas industry some 30 years ago, said he had all along worked within the confines of the country's rules and regulations, including supporting and promoting the active participation of bumiputeras in the oil and gas business.
"Since I started working with bumiputeras in 1986 in Malaysia's then fledgling oil and gas industry especially in Terengganu, I have been supporting their growth and development. Some of my best friends and business partners are bumiputeras and many of them have become successful oil and gas industry entrepreneurs in their own right or risen to high positions in major petroleum-based companies," he said.
Referring to the unsatisfactory state of affairs in Tanjung Offshore, Tan said he had questioned a number of deals that were announced and then aborted, especially those which incurred hefty and wasteful advisory fees without bringing any benefit to the company.
He was also not pleased at the questionable manner in which the company acquired an oil and gas service provider as well as the acquisition of a residential property abroad which was not aligned to the core businesses of Tanjung Offshore.
Tan said he was encouraged by the fact that the Malaysian Anti-Corruption Commission (MACC) stepped up its own investigations into these transactions.
It is understood that MACC investigators had spoken to a number of senior officials at Tanjung Offshore and taken away some files for closer scrutiny in the last few days.
"As I strongly believe in the integrity, professionalism and impartiality of MACC's investigations, I hope the truth will prevail for the benefit of shareholders and employees of Tanjung Offshore," he said. - Bernama
Article type: metered
User Type: anonymous web
User Status:
Campaign ID: 18
Cxense type: free
User access status: 3 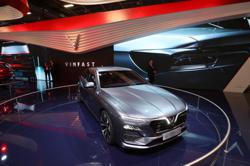