Karex and Global Protection together as ONE for the long haul 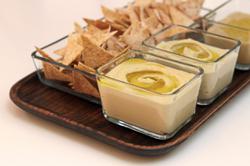 JUST about a month shy of its first listing anniversary, Karex Bhd

is locking in higher future gross profit margins with its 55% acquisition of US-based Global Protection Corp (GP), the company that consummated the ONE brand condoms.

Chief executive officer Goh Miah Kiat believes Karex will start to see contribution from the ONE brand within this financial year ending June 30, 2015.

Along with its other brands Inno and Carex, the ONE brand will position the world’s largest condom manufacturer for stronger growth in the own brand manufacturing (OBM) segment.

He expects revenue contribution from the OBM segment to gradually increase, from 4% currently.

“In terms of growing sales on the OBM part, ONE will not only give us better margins, but also a better platform,” Goh tells StarBizWeek.

Currently, its OBM brands are largely sold to the Middle East and Africa, which Goh says can be quite price sensitive markets.

With the acquisition of GP, otherwise known as “The Safer Sex Company”, Karex has the rights to distribute the ONE brand in South-East Asia, China (including Hong Kong), Taiwan, North Africa, Middle East, Australia, New Zealand, Japan and South Korea.

“This tie-up with GP also comes with distribution rights, which is immediately why we are so excited about the OBM segment,” he adds.

Research houses were mainly positive on the acquisition, as it allows Karex to diversify its target market and to also expand its list of distribution countries.

The ONE brand was established 10 years ago and has gradually climbed the ranks to become the fourth largest condom brand in the US currently. It has more than 200 product types and serves nearly 1,000 companies including Walgreen Company, CVS Pharmacy, and Shoppers Drug Mart Corp.

This represents access to 25,000 stores in the US and Canada market.

The brand has been very well-received in those markets, especially by the younger generation due to its eye-catching and innovative product designs.

Packaging of ONE brand condoms breaks away from the typical rectangular cardboard boxes and square wrappers. Instead, they come in various-coloured sleek metal tins, with more than 200 unique designs on round wrappers.

Even more special is that customers submit many of the designs through a design contest. Winning designs are rewarded with a cash prize, a donation of 5,000 condoms in their name to their choice charity, and a year’s supply of their designed condoms.

Moving forward, GP founder and CEO Davin Wedel plans to leverage on Karex’s distribution network to grow the ONE brand.

Remember that Karex is licensed to export its products to more than 110 countries across Africa, Asia, American and Europe.

“Karex has always supported us in manufacturing and in helping us achieve our new innovations. We usually think of products that are difficult to make but with Karex, we get to solidify that partnership,” says Wedel.

With the acquisition, GP aims to have more supply chain and organisational support from Karex, so that it is able to focus on product development and marketing.

“Karex has great manufacturing capabilities while GP’s strength is in its innovations.

“We haven’t worked with manufacturers that are as creative as Karex. So, this is an excellent opportunity to formalise our partnership and be ready for much larger growth moving forward,” he adds.

Before launching the ONE brand in new markets, Goh says there are regulatory requirements that need to be fulfilled first.

“The condom industry is very well regulated. There are a number of things to look at and to see how GP can assist us as well,” he says.

Wedel adds that it will take some planning and time before all the ground work is complete to have a successful launch.

“Davin has told me before that putting product on the shelf is easy. It is selling and marketing it that’s the hard part. So, we are not in a race to put it on the shelf. We need to have the whole package before we are ready to launch it,” says Goh.

That said, Karex plans to launch the ONE brand in selective South-East Asian countries by the middle of next year.

Before launching the ONE brand in Malaysia, Karex and GP are looking at conducting a contest for locals to submit their own designs.

The acquisition also gives Karex the rights to distribute other brands under GP, like Atlas and Night Light and Pleasure Plus (a sub-brand under ONE).

Karex has the option to acquire the remaining 15% and 30% equity interest in GP in 2017 and 2020 respectively via call and put option arrangements between Karex and Wedel.

Wedel says the options are structured in such a way that will allow GP to drive growth as well as benefit from that growth over time.

“I will still have the opportunity to gain from the ONE brand. If it wasn’t for Karex, I wouldn’t be interested in selling the company. I’m comfortable with them and worked with them as partners for a long time now,” he adds.

He adds that the exercise is to encourage Karex to be involved in the ONE brand.

At the last tranche of the exercise, which gives Karex the option to acquire the remaining 30% in GP, Wedel will be paid with a 30% share in Karex.

“He is not exiting the company. He has a choice, if he wants, to be a part of the bigger Karex family,” says Goh.

Goh says Karex’s only reason for buying into GP is because he knows Wedel extremely well and is impressed with his focus and motivation to continuously drive the business. 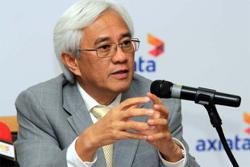