ALTHOUGH some of the key details of the controversial privatisation of Penang Port are not made public, the new operator of the oldest port in the country, Seaport Terminal Sdn Bhd, is now ready to share its plan to turn around the loss-making entity.

This is after six months of officially taking over the operations of Penang Port Sdn Bhd but again Seaport Terminal, a privately-held entity linked to tycoon Tan Sri Syed Mokhtar Al-Bukhary, is unable to reveal the total takeover value of Penang Port as it is bound by confidentiality clause in the concession agreement.

The privatisation of the port in the opposition-led state has been bombarded with criticism by many Penang law makers, who have been questioning the transparency of the takeover.

Previous news reports say Seaport won the bid to own Penang port by edging its competitor Oriental Pearl Habour Sdn Bhd, in a sale that was done on a limited open tender basis.

Now privatised, the port’s owner is unveiling plans for the terminal to return to the black by next year.

The man tasked with that job is Datuk Mohd Sidik Shaik Osman, the chairman of Penang Port. Although experienced with stints at Port of Tanjung Pelepas and Johor Port, Sidik admits that no two ports are the same. He says the difference is that Penang Port is unique as port operations are scattered between the island and the mainland, as well as it is the only port that operates ferry and cruise terminal businesses.

Penang Port, located at the northern tip of one of the busiest maritime highways, the Straits of Malacca, has been in the red over the past two years, largely due to the unprofitable ferry operations and its medium-term loan obligations totalling RM1.2bil. Ferry operations are reportedly making losses of about RM20mil per annum.

Since taking over, Seaport Terminal has kicked off various action plans to increase revenue and to make the Penang Port more cost efficient. “With these plans being continuously implemented, I believe that the port will be profitable again in 2015,” he tells StarBizWeek recently.

He points out that whilst the core business of container handling was profitable, loan service repayment was a big factor especially when the revenue did not match the cost, such as the lost-making ferry operations.

“Most of these RM1.2bil debts are short to medium term in tenure and is utilised to fund the expansion of the container terminal at the North Butterworth Container Terminal (NBCT), which is a long gestation investment.

“We are in the midst of discussions with the financial institutions to restructure the loans into longer tenure borrowings to better match the tenure of the loan and the gestation period of the investment. The RM1.2bil loan is manageable and would be repaid over the extended tenure. We plan to extend the tenure to ten years from the current five,” he says.

Sidik then moves on to the iconic Penang ferry business which have been in operations for 120 years.

“Whilst the fares have not been revised for more than nine years, operation costs of fuel, spare parts and manpower has been on the rise,” he says.

“The irony is, today it cost you more money for a glass of ‘teh tarik’ than it will cost you to take the half hour ferry ride from Butterworth to Penang Island. The ferry fare is only RM1.20 for a round trip or 60 sen one way”.

Nevertheless, he reassures that despite the high operational cost, the ferries are here to stay.

“It is an iconic symbol and a living heritage for Penang. It is good for Penang tourism and Penang’s status as a heritage city.

“The way I look at it, this is a social service that we are providing, and it is our way of helping the state promote Penang tourism and its heritage,” he explains.

However, Penang Port, now privately-owned, has to balance the cost of providing this social service against the impact to the bottom line.

“However, as a business concern, we have to balance the cost of providing this social service, against the impact to our bottom line.

“We are also talking to various corporations for them to consider ‘adopting’ or ‘sponsoring’ the ferries” he says.

Although Penang Port is committed to make capital investments to grow the business at the port, investments will be executed gradually over the years and be in tandem with business growth. For now, Sidik thinks the immediate focus will be to ‘sweat’ the current assets, especially those that are under-utilised.

Sidik adds that they are also looking into the possibility of investing in new business activities such as roll-on, roll-off (Ro-Ro) facilities to facilitate the export of vehicles, in support to the growing automotive industry in Penang and Kedah.

On dredging, Mohd Sidik reveals that the port has allocated money for the project to take off next year.

He further explains that capital and maintenance dredging will be borne by the port.

Currently, the largest vessels that call the port have a capacity of approximately 4500 twenty-foot equivalent units (TEUs). Reportedly, the port seabed dredging could cost around RM300mil.

“As a regional port, most of our cargo comes from the hinterland up to southern Thailand. That commands about 40% of the terminal’s volume.

“But, we plan to further increase the volume of cargo from southern Thailand with better rail efficiency and, we also intend to revive the fresh marine cargo trade which has been greatly reduced due to higher levy imposed previously.

“We are discussing the levy with the Government and things are progressing well at this point,” he says.

On a wider scope, Mohd Sidik says the plan is to enhance Penang Port’s position as a regional port, covering areas from the Bay of Bengal to the Far East.

“Based on our belief and long experience in managing ports, we intend to further accelerate the improvements in operational efficiency and grow the business activities at the port so that the port can achieve higher growth and achieve its potential and be recognised internationally as a major regional port.

“I am committed to see significant improvements taking place within the next two years,” he says.

The port will also work more closely with the shipping lines to develop more direct calls and plans to attract more shipping calls from the Middle East and Indian sub-continent.

On the outlook this year, Sidik has seen positive growth in the first half of this year and if that continues, he expects to see cargo movements in excess of 1.3 million TEUs in 2014.

“Notwithstanding that, our focus this year will be to do ‘housekeeping’, and to improve operational efficiency levels,” he says.

As the Penang Port chief executive officer (CEO) post is still vacant, he reveals that they are on the lookout to fiull that position, but the process will take time to get someone who is capable.

With regard to its Swettenham Pier Cruise Terminal, Penang Port plans to upgrade the first floor of the cruise terminal and introduce quality and meaningful commercial and retail activities.

“We will support all efforts and work closely with the state government to further develop the cruise industry in Penang.

“Just imagine if these 1.3 million passengers were to spend an average of RM200 per person when in Penang, this would generate approximately RM260mil in tourism revenue for the state” says Sidik. 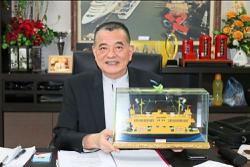 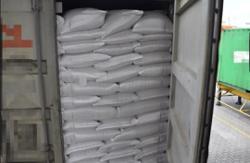