Nor Zahidi: 'Property is the safest investment with lucrative returns in Malaysia.'

IT never rains but it pours. That seems to be the scenario in the property sector this year. Into the fourth month of the year, property consultants continue to see 2014 as “challenging” as the effects and impact of the various measures to curb property speculation take hold.

The soaring household debt of 86.8% of gross domestic product at the end of 2013, from 80.5% a year ago, according to Bank Negara, continues to cast a shadow over the sector.

Earlier this week, StarBiz reported that more measures to curb lending to the property sector may be introduced.

Although much of the speculation has been weeded off with the removal of developers’ interest-bearing schemes (DIBS), property prices remain high as it is deemed to be “the safest investment with lucrative returns in Malaysia,” says Malaysian Rating Corp Bhd (MARC) chief economist Nor Zahidi Alias in a report. The low interest rates is also discouraging savings. At 86.8%, Malaysian households are among the most highly indebted in Asia.

While anti-speculation measures and Bank Negara’s aim to reduce household debt has curbed demand, a third force may be playing out in the short term which is expected to affect Johor specifically because mainland Chinese developers have bought chunks of land there while individual Chinese house buyers, deterred by anti-speculation measures in Hong Kong, Singapore and China itself, have fanned out into the global property market. Malaysian properties are considered cheap by comparison.

Country Garden Holdings Co, the developer based in Foshan in southern China, plans to build 9,000 condominium units on 22.62 hectares (56 acres). It is reported to be involved in a land reclamation project that goes into “a few thousand acres” in Pendas, Johor.

Other Chinese developers in the country include Guangzhou R&F Properties Co Ltd and Agile Property Holdings Ltd with a combined investment of US$2.7bil in Malaysia and the Greenland Group which announced a US$3.3bil deal in two residential and hotel projects in Malaysia last month.

Johor-based Landserve valuer and executive director Wee Soon Chit says the MH 370 tragedy will affect Johor’s tourism and property purchasers in the short term as it is the intention (of Chinese developers) that their countrymen buy into their products.

Says Steven Ng, managing director of Johor-based property firm Cheston International in an email: “Whether the Chinese investors will refrain from investing or buying properties here is left to be seen but in the short term it would have negative connotations. This negative sentiment may take a few months to recover. This is provided the final episode of this unfortunate saga is played out favourably.

“(But) you can expect our name to be dragged through mud in China, and their perception of us (our products, people, exports) to go downhill. These are the things that cause them to pull their brakes (on us),” says Ng. The loss of MH 370 and the trail of events that followed have drawn the world’s attention to the security issues in the country. In the short term of six months to a year, it is expected to affect Johor in particular, real estate professionals say. 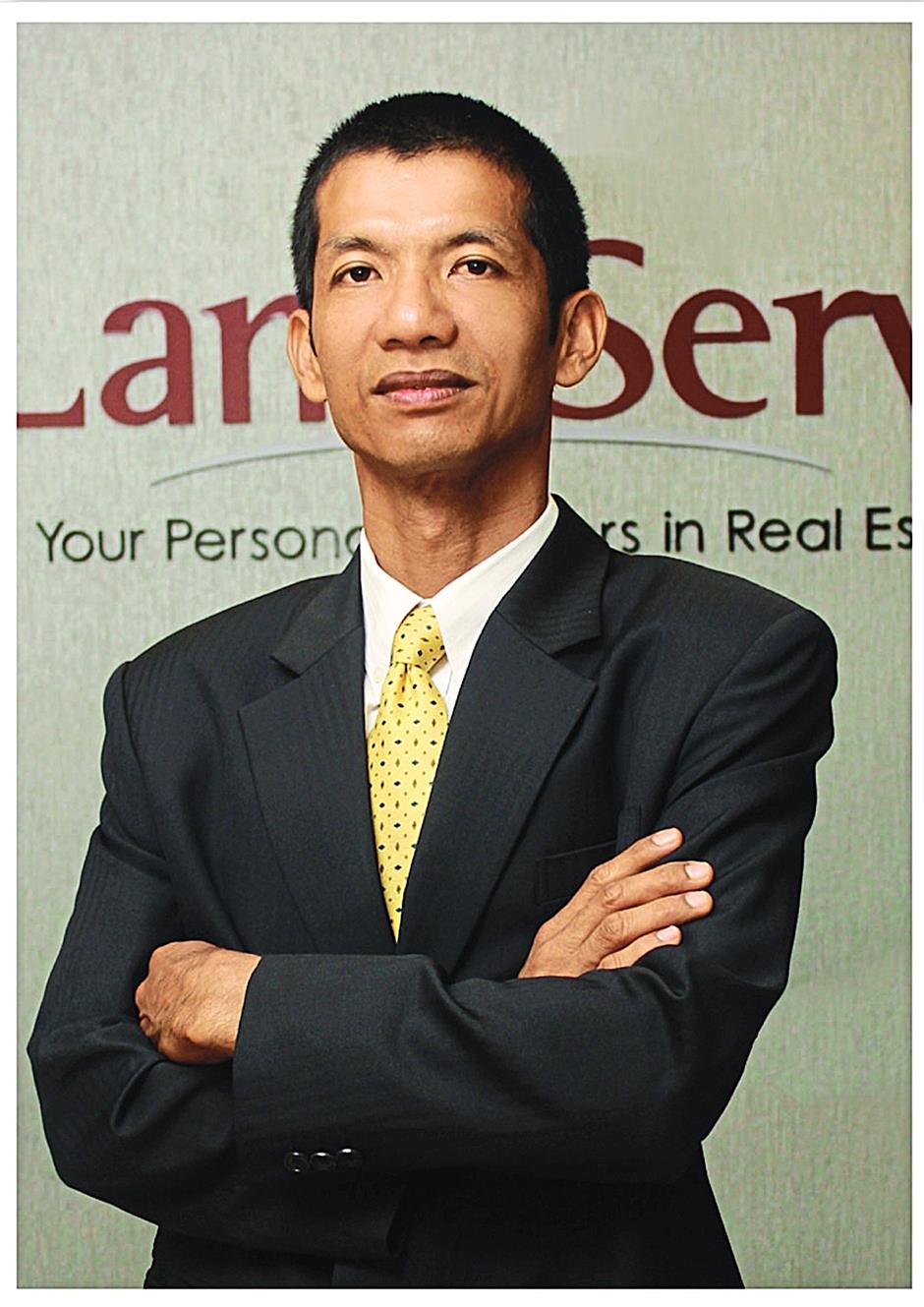 Wee: 'The MH 370 tragedy will affect Johor's tourism and property in the short term'.

While the loss of MH 370 on March 8 is a tragedy, the loss of the plane has drawn focus on to a larger issue. Security and safety matter have beset Malaysia for years. The state of flux vis-a-vis security, brought on by the MH 370, was reinforced with the kidnapping of a Chinese tourist and a Filipina worker in a resort in Semporna, Sabah, on April 2, five months after a Taiwanese man was murdered and his widow kidnapped. In February last year, armed Sulu nationals entered Lahad Datu precipating a massive shoot-out in which 11 Malaysian police officers and soldiers were killed.

The security issue started with snatch thefts and petty street crimes. Personal security broadened into neighbourhood security, resulting in communities collectively hiring their own guards to deter break-ins. This may explain why gated and guarded projects have enjoyed a premium compared with other residential projects, C H Williams Talhar & Wong says in the 2014 property outlook report.

The loss of MH 370 and the Sabah incursions have now taken security issues to yet a higher level – national and military. Although the two Johor-based real estate professionals say MH 370 issue will affect only Iskandar Malaysia with its high Chinese interest there, time will tell if security matters will deter other forms of investments on a national level.

The Sunway group, with its recent purchase of 1,800 acres in Johor, says they will hire auxilliary police team to maintain security in their projects. For years, Johor has battled an issue on security.

As for the various measures to cool the market, Ng says these are meant to prevent the property market from overheating and to minimize the severity and intensity if the bubble does burst.

“Whether it is a small ‘pop’ or loud ‘bang’ would probably be known next year when many of these projects are ready for occupation,” he says.

Ng says “there may be a problem in sight” as he has the “uneasy feeling” these various high-rise residential housing will remain unoccupied. Unlike Kuala Lumpur, Johor Baru does not have a pool of expatriates who normally would stay in high-rises, Ng says. Ng: 'This negative sentiment may take a few months to recover.'

“The latter part of 2014 and 2015 would be crucial in determining the market situation for the next phase. Is it going full steam ahead or has the brakes been applied?” he asks.

“Since the beginning of 2014, the Johor Baru market has been rather quiet. Industry players (are) taking stock of the various measures instituted by the government such as disallowing DIBS, real property gain tax increases and loan eligibility based on net instead of gross income. Developers are (also) trying to fathom what the competitors are doing.”

The presence of Chinese developers has attracted many mainland Chinese investors into the state. Landserve executive director Wee Soon Chit says condominiums and serviced apartments, which have been dominating the market in the last two to thee years, will be most affected if the market takes a dip.

A “delicate balance” need to be maintained, he says. The recent announcement of three new nodes in Iskandar – Vantage Bay, Danga Bay and Medini – to enjoy unlimited foreign purchase and foreign purchasers not limited to RM1mil price tag would be keenly watched, Wee says.

Vantage Bay is developed by Rowsley Singapore, which is controlled by Peter Lim while the Danga Bay area is mainly dominated by China developers like Country Gardens, Guang Zhou R & F and Hao Yan.

“The current weak market sentiment is only short term. One must not lose sight that the relationship between Singapore and Malaysia is at its peak. Both countries are working hard for a mutual long-term relationship. Physically, Iskandar Malaysia has to be the link for this to happen.

“This will be a reality before 2020. When that happens, developers and investors, who already have a position in Iskandar will stand to win handsomely,” says Wee.

Another issue befuddling the Johor market may be imported. The Chinese economy is slowing. Property sales have fallen 3.7% compared with a gain of 26.3% in 2013, according to the Financial Times (April 3, 2014).

Although marginal, it belies severe weakness in certain parts of the country.

Declining sales have led developers to cut prices outright or offering a range of promotions instead of cutting headlilne prices. Agile Property, which has invested in Johor, is among them, FT reported. Hong Kong-listed Agile Property Holdings Ltd share price was down by 45% on March 17 compared to a year ago.