7 new malls to be built in Klang Valley this year

PETALING JAYA: The Klang Valley will see the entry of new shopping malls this year while others will go through a makeover that will add more space to the the retail property segment.

Property consultant CH Williams Talhar & Wong Sdn Bhd managing director Foo Gee Jen, in a report, noted that this segment of the market could expect steady growth, as seven new malls and five refurbishments, with a total estimated net lettable area of five million sq ft, were completed by this year in the Klang Valley.

“Should these malls be completed as scheduled, the total cumulative supply as of 2014 will register at about 49 million sq ft of net lettable area.

“As most of the malls have pre-leased their retail space, it is envisaged that the overall retail sector will continue to remain strong in terms of occupancy and take-up, whilst rental levels are expected to remain the same,” he said.

Foo pointed out that consumer spending in the country remained strong.

“Shopping is a past-time for Malaysians,” he said. Citing a survey, Foo claimed that at least 20% of the urban population in Malaysia spent their weekends in shopping malls.

“Going forward, I think people may be a bit more cautious, in light of the rising cost of living. However, demand for essential goods will continue to remain steady,” he said.

The air of caution over private consumption stems from expectations that consumers may start to feel the squeeze as subsidy rationalisation, electricity tariff hikes and a rise in property taxes kick in.

However, Foo remained confident of consumer spending based on the Visit Malaysia Year (VMY) 2014 campaign, back-to-school period, New Year sale and the Chinese New Year season, with retail sales to grow moderately in the current quarter compared with the fourth quarter ended Dec 31 despite the rising cost of living.

The retail property sector is still expected to see steady growth in 2014 despite the supply of new malls into the market and the rising cost of living, which is unlikely to deter consumer spending. 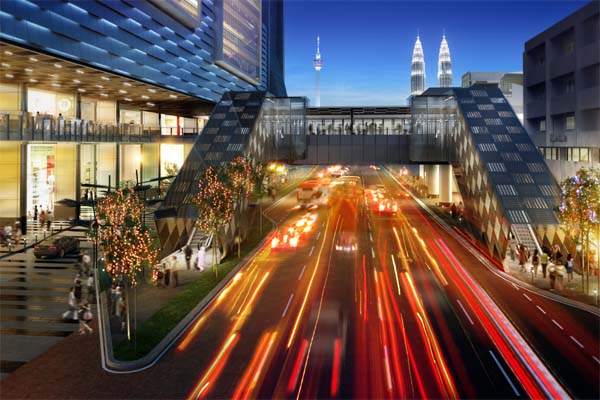 
RHB Research expected consumer spending to continue to grow due to high savings, low unemployment and higher tourist arrivals in conjunction with VMY 2014, albeit at a moderate 6% pace in 2014, after the relatively strong 7.2% expansion projected for 2013.

“We expect to see consumers spend prudently, as they keep consumption within their budgets amid high household debt and the 14.9% increase in power tariff effective Jan 1.”

Alliance Researchchief economist Manokaran Mottain expected a rise in inflation in the first quarter of the year due to the increase in spending during the Chinese New Year period.

“During the festive season, there is often more demand than supply and inflation will spike,” he said, adding that the full impact of the VMY 2014 campaign would only be felt towards the middle of the year.

“This is because most tourists tend to come during the summer period, which is from the middle of the year onwards.”

Malaysian Association for Shopping and Highrise Complex Management past president Richard Chan said there was still good demand for shopping mall space, adding that rental rates were “not going down”.

“Shopping malls in city centres especially are charging three-figure-per-sq-ft rental rates. Why? Because the demand is there! But the important question is whether the supply is meeting the right demand.

“For the mall managers, if you’ve done your research, then it should be no problem. But some developers don’t do this and the whole thing fails! Today, managing a mall is not just about managing property - it’s about managing a business.”

Chan added that consumers are likely to be a bit more frugal with their spending habits due to the rising cost of living.

“People might scale back on big-ticket items such as cars and property. But even then, some apartments are still selling well. Why? Because people still need them.”